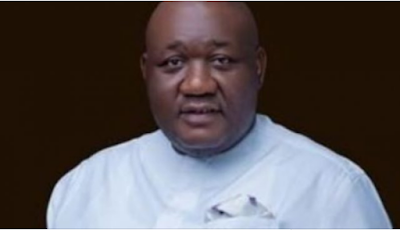 An associate of Uwajumogu disclosed this on Wednesday.

The late lawmaker reportedly slumped and was taken to a private hospital in Abuja where he was confirmed dead.

The death of the senator is the second to be recorded in the ninth assembly since its inauguration in June.


Jafaru Iliyasu Auna, a house of representatives member, died earlier in the month.

Uwajumogu appeared healthy and even contributed to debates on the floor of the upper legislative chamber on Tuesday.

Until his death, Uwajumogu was the senate committee chairman on employment, labour and productivity.