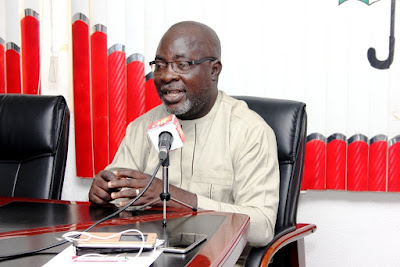 The Peoples Democratic Party, PDP, has dismissed President Muhammadu Buhari’s birthday declaration to bequeath a legacy of free and fair elections as diversionary posturing which cannot sway Nigerians to place any trust in his government as far as elections are concerned.

PDP said Buhari cannot claim to be committed to free and fair election after he refused to sign the amendment to the Electoral Act and has continue to endorse the outcome of bloody and manipulated governorship elections that occurred in Bayelsa, Kogi, Kano, Ekiti, Osun as well as the 2019 general elections, in which he and his party, the All Progressives Congress (APC), were huge beneficiaries.

In a statement signed by its spokesperson, Kola Ologbondiyan, the opposition party said Buhari cannot rightly assert a commitment to electoral reform when he congratulated all beneficiaries of past flawed elections, while his administration failed to take any decisive step to bring known riggers and perpetrators of violence in these elections to
book.

The statement reads: “Our party notes that penance is a process from which a President is not forbidden. However, we invite Mr. President to note that the true electoral reform, which our nation requires today, goes beyond mere verbal posturing. He needs to openly support the strengthening of our electoral laws and the decisive application of the provisions thereof.”

PDP, therefore, tasked Buhari to demonstrate such commitment for free, fair and credible electoral process by immediately returning the Electoral Act amendment bill to the National Assembly for accelerated consideration with a commitment from him to sign it into law upon passage.

According to PDP, “The demonstration of this birthday declaration should also include a presidential order for the immediate prosecution of the killers of Mrs. Salome Abu and all those killed in the last Kogi and Bayelsa governorship elections.

“President should as well order the release of information to Nigerians on who was responsible for the deployment of a police helicopter to attack voters who queued up to perform their civic responsibilities and aided the manipulation of the Kogi governorship election to favour his party.

“Moreover, as part of a commitment to this birthday declaration, Mr. President must assure Nigerians that he will not interfere in the process of legislative consideration of all amendments required in the electoral act, which is the only way to guarantee free, fair and credible elections in our country.”