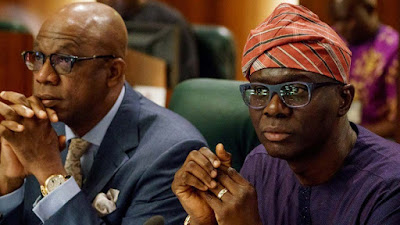 The Supreme court upheld the elections of eight governors on Wednesday.


In the case of Ogun, Mary Peter-Odili, the judge who led the seven-man panel, dismissed the appeal of Adekunle Akinlade, governorship candidate of the Allied Peoples Movement (APM), ruling that the applicants failed to prove all their allegations.

“The applicants have not discharged the burden of proving their allegations of noncompliance and irregularities in their petition,” Odili held.

“Also, there is a failure to substantiate the alleged non-compliance. So I dismiss the appeal as I uphold the decision of the court of appeal which affirmed the judgment of the court of trial.”

On Akwa Ibom, the apex court dismissed the appeal of  Nsima Ekere, governorship candidate of the All Progressives Congress (APC), challenging the election of Emmanuel.

Paul Galinje, who delivered the lead judgments in the two appeals against the election of Sanwo-Olu, held that the appeals lacked merit.

One of the appeals dismissed by the court was filed by Ifagbemi Awamaridi and his party, the Labour Party.

The other was by Owolabi Salis and his party, the Alliance Democracy.

The supreme court also said the Independent National Electoral Commission (INEC) was right in declaring Makinde as winner of the 2019 governorship election in the state.

Adebayo Adelabu and APC had approached the election petition tribunal seeking a nullification of the exercise but the tribunal dismissed the petition on the grounds that the petitioners failed to prove the allegations of malpractices in the election.

Adelabu and the APC proceeded to the court of appeal, where a knotty judgement that did not affirm the election of Makinde was delivered.

The governor then approached the apex court, asking it to set aside the decision of the appeal court.

Delivering judgement on Wednesday, a seven-man panel of justices of the apex court allowed Makinde’s appeal, setting aside the verdict of the lower court.

The court also upheld the election of Nasir el-Rufai as the governor of Kaduna state.

It said the appeal filed by the PDP and Isah Ashiru, its governorship candidate, lacked merit.

“I find no merit in this appeal and therefore enter an order dismissing it,” the court held.

The seven-man panel dismissed the appeal filed by David Ombugadu, PDP candidate in Nasarawa, challenging the victory of Sule in the March 9, 2019 election.

The petitioners had claimed that INEC had unlawfully excluded the name of the PDM candidate from the ballot paper. But their appeal was dismissed for lacking merit.

Masari was also affirmed as the governor of Katsina state. Inyang Okoro dismissed the appeal of Yakubu Lado and the PDP which sought the removal of Masari on grounds that he was not qualified to contest the election because he submitted fake documents to INEC.