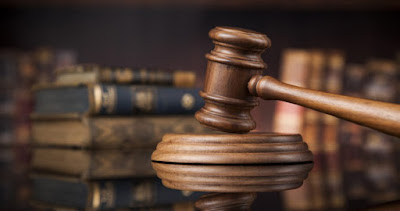 The Federal High Court sitting in Warri, Delta State, has awarded N60m as damages against the Nigerian Army for the murder of one Otunba Ajayi Oladele.

The Court presided over by Hon. Justice Emeka Nwite, delivered its judgement in a case with Suit No.HHC/WR/CS/93/2017.

The case is between Mrs. Esther Oladele&Ors. V. The Nigerian Army & Ors.

The Plaintiffs, who are the widow and the infant children of late Otunba Ajayi were represented pro bono by Kunle Edun Esq, National Public Relations Officer of the Nigerian Bar Association.

The Plaintiffs’ case was that Officers of the Nigerian Army including Lt. Col T A Yakubu and Sgt. Hassan Hassan were contracted by businesses to recover debt allegedly owed by the late Otunba Ajayi.

The deceased was arrested in Warri by soldiers from the Army Brigade in Benin City.

He was seriously beaten and had his spinal chord broken by the soldiers during the beating.

The soldiers had to rush him to the military hospital in Benin and called his wife, the 1st Plaintiff, to make arrangement to take her husband home.

The late Otunba died few minutes after the soldiers dropped him on the floor of the emergency room of the Central Hospital, Warri.

Delivering Judgement, Hon. Justice Emeka Nwite, declared that, “The arrest and detention of late (Otunba) Ajayi between the 8th of May, 2017 and the 12th of May, 2017 was unlawful, unconstitutional and therefore, an act of gross violation of the fundamental right to life, personal liberty, human dignity and freedom of movement of Otunba Ajayi Oladele as enshrined in the Section 33(3), 34(1),35(1) and 41(1) of the Constitution of the Federal Republic of Nigeria 1999 as Amended.

“A declaration that the 1st,2nd, 3rd and 4th plaintiff’s right to life and therefore, good and reasonable comfort of life have been violated by the acts of the defendants unlawful killing of Otunba Ajayi Oladele being that the deceased was the parent of the 2nd ,3rd and 4th plaintiffs and husband to the plaintiff and also the bread winner of the family.

” That an Order is hereby made awarding the sum of N50,000,000.00(fifty million naira) as general and exemplary damages joint and severally against the defendants in favour of the plaintiffs as a result of the unlawful death of Otunba Ajayi Oladele and for loss of consort, fatherly love/care, comfort and disruption of the family life of the plaintiffs.

“Cost is assessed at N100,000(One hundred thousand naira) against the defendants and in favour of the plaintiffs.)