Buhari to APC governors - 'You all need to work hard, deliver good government' 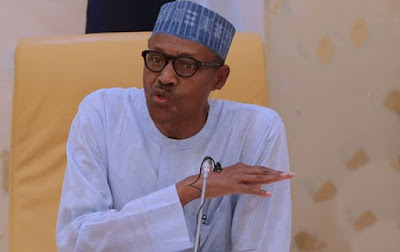 The President Muhammadu Buhari has asked All Progressives Congress state governors to work harder in the next four years to deliver “good governance” to the people.

Buhari made the call while congratulating all the governors on the platform of the party, who defended their post-election petitions up to the Supreme Court and won.


He noted that the victories came after what he described as “your patient legal battles to defend your mandates.”

A State House statement by his media aide, Mr Garba Shehu, quoted the President as saying, “I am pleased and proud that you have successfully concluded your legal battles, and now is the time to concentrate fully on fulfilling your campaign promises after the distractions caused by the litigations.”

He added, “One of the great things about democracy is that it gives us avenues for redress through the courts…I am pleased that you used this opportunity to defend your mandates.”

However, the President asked the governors to put the judicial battles and the outcomes behind them by settling down fully to work for the people.

“With the legal battle now over, it is my hope that you won’t rest on your oars. You should work ever harder to deliver good governance in the next remaining four years of your tenure.

“I wish you God’s guidance, more wisdom and good health in the performance of your exalted responsibilities”, Buhari added.

As for those who challenged them in the courts, the President advised the governors not to make them their enemies.

He urged them “to see their challengers as enemies because they were exercising their democratic rights by going to the courts to seek redress.”

Buhari added that the governors should be aware of challenges still awaiting them ahead.

The apex court had on Wednesday, affirmed the victory of eight governors in its latest decisions.

Five of the governors are of the APC.

Three others are of the Peoples Democratic Party. They are, Oyo State, Seyi Makinde; Akwa Ibom, Emmanuel Udom; and Ebonyi, David Umahi.