I am not married to Pasuma- Jaiye Kuti declares 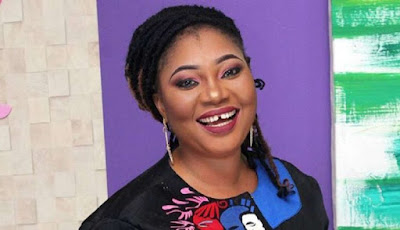 Sensational Nollywood actress, Jaiye Kuti has cleared the air about her relationship with Fuji music maestro, Pasuma. The beautiful actress, who was featured recently in a magazine debunked the claim.

According to her: “Since the time of my movie, ‘Jayeola Monje’ and the movie wedding pictures, many have said that it is a true wedding picture of my wedding , but it is not. It was only a movie. I am married to the Kuti’s family and not Pasuma.”

Recall that Jaiye had revealed that she is not as tough as the role she plays in movies.

According to her: “Yes, I am a very strict person. I don’t take nonsense and I don’t give nonsense. I like people who are honest and truthful to a level. I treat people well as human beings and I try to be upright with them. But when people try to take advantage of me, I don’t accept it. However, I am not as tough as I appear in movies. I have children and I have been able to, by the grace of God, raise them properly. If you ask the people in my house, they would tell you that I don’t take nonsense.”