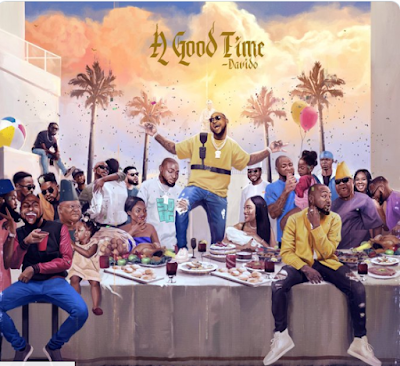 The 17-track body of work, which comes as a follow-up to ‘Omo Baba Olowo’, his 2012 album and ‘Son of Mercy’, his 2016 EP, was released on Friday — days after the singer had released its tracklist dedicated to Veronica Adeleke, his late mother.

Ever since Davido had his big break into Nigeria’s music industry, he has made impressive career strides, earned heavy accolades, and garnered himself a deluge of ever-loyal fans.

He had, before calling Chris Brown for ‘Blow My Mind‘, a track off ‘A Good Time’, said that his forthcoming project would enlist the likes of Quavo, Meek Mill, Migos, Justin Bieber, Lil Baby, among other big names in the music space.

Meanwhile, the 26-year-old singer is set to wed Chioma Avril Rowland, his finance with whom he now has a child, in 2020 — after the duo got officially engaged in a private introduction ceremony.