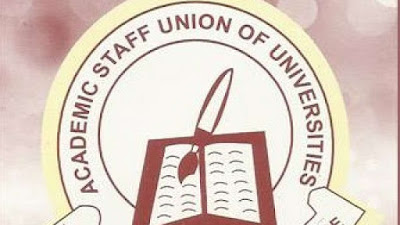 The Congress of University Academics (CONUA) on Tuesday directed university lecturers to comply with the Federal Government directive to register on the Integrated Payroll and Personnel Information System (IPPIS).

Dr Nwoke Onyebuchi, the National Publicity Coordinator of CONUA, a faction of the Academic Staff Union of Universities (ASUU), gave the counter directive at a meeting by members of CONUA in Port Harcourt.

ASUU had rejected a Federal Government’s directive mandating workers at its universities and colleges of education to enrol into IPPIS before Dec. 7.

But, Onyebuchi said that rather than wait for a new template, that IPPIS scheme would improve the academic system in the nation’s tertiary institutions.

“The IPPIS scheme was developed to checkmate corruption in the system. We have been told that the payroll system has lots of throwbacks for lecturers.

“So, we went into IPPIS to find out what those throwbacks are. But on conclusion of our investigation, we found no substance in the resistance against IPPIS.

“Those campaigning against the implementation of IPPIS in the universities are being economical with the truth and are not telling their union members the whole truth.

Onyebuchi said it was untrue statements credited to ASUU, that sabbatical payment was not captured in the new payroll system.

He said that contrary to this claim that IPPIS intends to open a desk in every university to ensure the success of the scheme.

“The detractors are claiming that the payroll system will affect lecturers on sabbatical, but we found out that those on sabbatical would be adequately captured in the system.

“We discovered that lecturers on sabbatical will receive their salary from their primary university, while also receiving another payment captured as ‘allowance’ at the university where they are doing sabbatical.

“So, such lecturers will receive two payments, namely, salary and allowance. The sabbatical payment would be captured as allowance, since IPPIS computer cannot enter two salaries for one person.

“So, nothing is going to be taken away from lecturers. However, this will never be told to workers because some individuals want to orient conflicting trajectory with the government,” he explained.

The unionist said that if properly implemented in universities, that IPPIS would eliminate ghost workers and reduce fraudulent activities in the academic system.

According to him, the introduction of IPPIS in the nations tertiary institutions would result to employment of more lecturers as ghost lecturers would be weeded from the system.

“So, anybody or group calling on lecturers not to enrol for IPPIS does not understand the full meaning and benefits of the payroll payment system.

“IPPIS is a scheme that would be worked on as it goes; hence the reason the body is establishing desks in the universities to rectify any issue that may arise.

“So, we call on our members to enrol for IPPIS; a fluid dynamic system of payment that will help university workers,” he said.