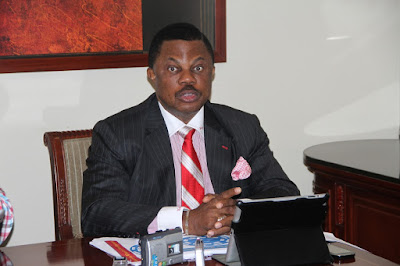 Two baby factories where pregnant teenage girls are kept till child birth and their children sold to childless couples have been uncovered by the Anambra state special anti-child trafficking task force.

The factories, comprising of two houses in Obosi, Idemili North local government and Onitsha were uncovered by the task force led by the state commissioner for Women and Children Affairs, Lady Ndidi Mezue.

According to eyewitness accounts, two malnourished pregnant girls kept in a room pending their delivery were discovered at Obosi.

The team, however, rescued the girls and arrested the manager of the home, pledging to launch further investigation and action on the case.


Meanwhile, another baby factory was also uncovered during the inspection of orphanage homes in Onitsha, the commercial city of the state.

An insider who pleaded anonymity told our correspondent that only girls with unwanted pregnancies related issues were kept in the room to keep their identities and existence secret until delivery.

“They are not properly fed because the home only managed to feed them to avoid much spending as they are only interested in having the baby.

“It will also pay off for the young mother after delivery even if it is always a token,” the source disclosed.

The source further alleged that the baby factory business had experienced boom in the area, attributing it to the special categories of persons the operators dealt with.

“The operators deal majorly with unwanted pregnancies by young girls outside wedlock and they come here to avoid being exposed until after delivery.

“Some indigent girls are lured with money by management of some baby homes and impregnated by men under the payroll of the baby homes,” the source further revealed.

The inspection team, which also comprised operatives of the Nigerian Police Force, Department of State Service (DSS) and the Nigerian Security and Civil Defence Corp (NSCDC) and staff of the ministry have visited community orphanages in Ogidi, Nkpor, Obosi and Onitsha.

Scores of suspected traffickers and their victims were also arrested at Onitsha by the commissioner.

The inspection was targeted at inspecting the general environment, sources of water, hygiene and operational licence of facilities.