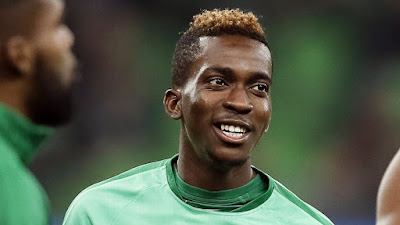 Super Eagles winger, Henry Onyekuru has confirmed he won’t be available for Nigeria’s high profile friendly against Ukraine next week.

The Monaco winger, who confirmed the news of his unavailability to AOIFootball.com, stated that he was yet to get a resident card and would find it difficult to return to France should he fly to honour the game in Kyiv next week.

“It is true that I won’t be available for the match against Ukraine next week due to resident permit.

“I only arrived here less than a month and I’m yet to get my resident card, so if I leave now I won’t be able to return and will then have to apply for another visa to fly back to France,” Onyekuru explained.


The winger’s case could, however, be likened to what transpired between former Arsenal midfielder Kelechi Nwakali who flew into Nigeria for the U-23 qualifiers against Libya in March but had to stay back for months due to resident permit to Portugal, a situation that cost him his season with FC Porto.

In his absence, Eagles gaffer Gernot Rohr has already called up Belgian based Dennis Emmanuel Bonaventure to replace the Monaco winger.