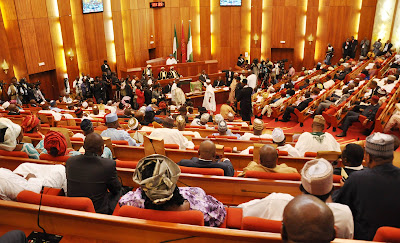 The leadership of the Senate, on Sunday, challenged the Senior Special Assistant to the President on National Assembly Matters (Senate), Ita Enang, to show Nigerians where the N2.258bn he claimed was appropriated for the Rural Grazing Area programme was inserted in the 2019 budget.

The leadership of the upper chamber said it scrutinised the current national fiscal document to authenticate the claims of the presidential liaison officer but found no amount meant for the implementation of Ruga programme in the 2019 budget.

Last week, Enang was reported to have said that the Federal Government made a provision of N2.258bn for the implementation of the programme in the 2019 budget.

Enang was quoted to have told indigenes of Akwa Ibom State, who are students of the Nigerian Law School, Abuja, that the budget had been passed by the National Assembly and signed into law by President Muhammadu Buhari.

Enang got it wrong, he should prove otherwise — Senate Leader

But the Senate Leader, Senator Yahaya Abdullahi, told one of our correspondents in a telephone interview that no such money was voted for the implementation of Ruga in the 2019 budget. He challenged Enang to prove him wrong.

Abdullahi said, “We have gone through the 2019 budget critically and we did not come across any money that was voted for Ruga programme implementation there. Let Senator Ita Enang prove us wrong, then we will take the issue up from there.

“He who alleges must prove,” the Senate Leader added.

Also, the Minority Leader of the Senate, Senator Enyinnaya Abaribe, in a separate interview with one of our correspondents, assured Nigerians that necessary legislative actions would be taken on the issue when the federal lawmakers resume from their recess in September.


Abaribe also said investigation carried out by him on the issue had revealed that the N2.258bn Ruga fund might not have been specifically captured in the 2019 Federal Government budget.

“I asked him where in the 2019 budget that money is. I also asked him why he would say states in the southern part of the country should support the programme and even provide land for the project and he (Enang) said he never said so.

“I don’t think that we can make further comments on a pronouncement that has been denied. For us, I don’t think any such thing was in the budget. I will have to go through the budget again and check properly.

“However, if such a thing comes up in the course of my findings, then we would do the needful. The Senate will certainly not be a part of anything that will cause disruption of peace and problems within the country.”