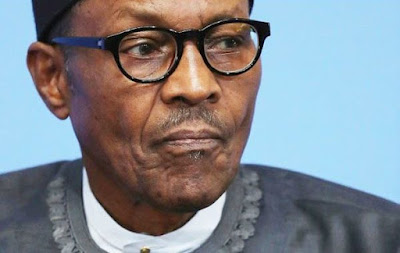 President Muhammadu Buhari has said that the National Youth Service Corps, the Armed Forces and the Police are the only bodies uniting Nigeria, saying this is why corps members in particular, should re-dedicate themselves to uniting Nigeria.

He called on corps members to use their education “to live up to the expectation of the founding fathers” to keep Nigeria together.

The President had received the corps members in company with the visiting President of Republic of Guinea, Prof. lfa Conde.


He specifically mentioned the NYSC, the police and soldiers as the “only” bodies keeping Nigeria united.

“From Lagos, Port Harcourt and other parts of the country, you are at the end of the country. This posting will make you know this place, Daura, and you can disabuse the minds of those who are not educated about the other side of the country.

“It is only the NYSC that is merging (uniting) us together and of course, the police and soldiers,” a statement by his Senior Special Assistant on Media and Publicity, Mr Garba Shehu, quoted the President as telling the NYSC members.

Buhari told his guests that at every opportunity he had meeting with a former Head of State, Gen. Yakubu Gowon (retd.), who initiated the NYSC in 1973, he would always express his appreciation for introducing the scheme.

He told the corps members to guard the scheme jealously and to see the unity of Nigeria a priority.

“The President said they should always emphasise the common values of peaceful co-existence, kindness and hospitality that cut across all cultures and religions in Nigeria.

“President Buhari said the entire nation depends on past and serving youth corps members to bridge the country, since they have the first-hand experience of living with different ethnic groups in various parts of the country, studying their cultures and traditions, and enjoying hospitality, which underpins every community in Nigeria,” the Presidency added.

Buhari donated two cows, 10 bags of rice to the visitors and an undisclosed amount of money.

Conde, who also made a remark at the event, identified Nigeria’s diversity as its greatest strength.

He noted, “First, you are Nigerians before you are from any other part of the country. So, promote the unity of the country regardless of your ethnic group.”

The corps members were led on the visit by the Chief Liaison Officer of NYSC in Daura, Aliyu Abdullahi.

He told the President that it was a privilege to serve in his home town and also to “meet with him and the Eid el-Kabir special guest, President Conde.”

Abdullahi urged Buhari to step up the war against corruption and insecurity.