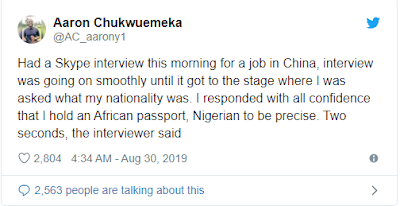 A Twitter user identified as Aaron Chukwuemeka has narrated the story of how he lost a job offer due to his Nigerian nationality. The man explained that he had a Skype interview for a job position in China.

Chukwuemeka, who narrated his story in a Twitter thread, said his interview was going smoothly until they asked his nationality. He said he proudly told them he is a Nigerian with an African passport.

According to the Twitter user, two seconds after he revealed his nationality, the interviewer told him that his application cannot be accepted.

The young man noted that he was told that the government/immigration requirements for a work visa are only open to South Africa, the United States, Canada, and Europeans. 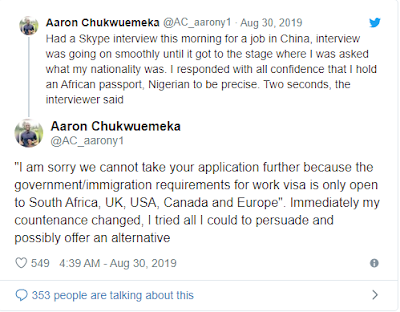 Chukwuemeka expressed that he tried to persuade them and offered an alternative but he was shut down. He stated that he felt like crying and wished he had dual citizenship. 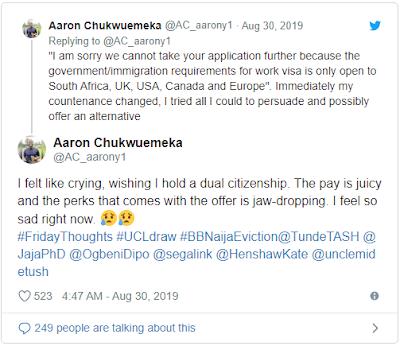 However, the man added the last tweet to his thread, saying no matter what he is proud to be a Nigerian. 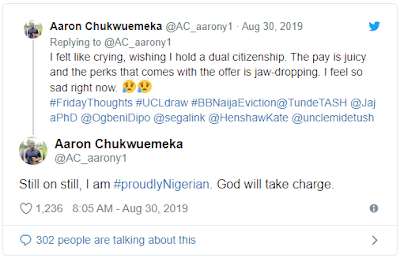