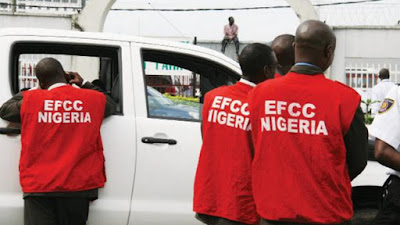 An Ilorin-based lawyer, Olanrewaju Aluko, has dragged the Economic and Financial Crimes Commission to court claiming N20m for alleged defamation of character.

The Ilorin Zonal office of EFCC on Wednesday accused the lawyer of forging court documents to defraud one Pastor Adetunji Adedoyin of his property valued at N20m.

The EFCC had also claimed that Aluko was still at large and was looking for him to face interrogation with other lawyers allegedly involved in the fraud.

However, Aluko, alongside his client, Taiye Suyuti Na’Allah, on Thursday approached the State High Court, seeking redress and claiming N20m as damages.

He also joined Adedoyin as a co-respondent in the suit which has been assigned to Justice Hammed Gegele of the state high court.

Aluko, who said that he was not at large as the EFCC had never sent him an invitation to interrogate him on the alleged property, expressed disappointment over the operation of the anti-graft agency.

“I was highly surprised and disappointed over the EFCC operation. Many people have been calling me that I have been declared wanted over allegation of fraud in which some lawyers were arrested.

“I have never in my life been involved in fraud. The EFCC has never called me on phone or invited me personally or give me notice to come to their office in respect of the allegation made by one Engr Adedoyin, who is now a pastor.