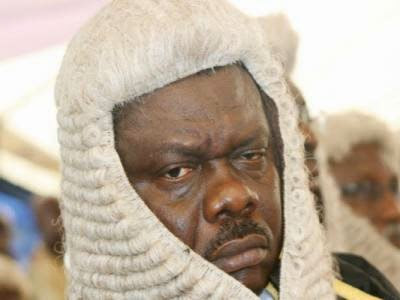 The shady status of the oil contract, whose alleged breach led to the $9.6 billion judgment against the country was further stamped on Thursday.

A former Attorney General of the Federation and Minister of Justice Michael Aondooakaa, said it was never debated for approval by the Federal Executive Council (FEC).

A United Kingdom court, in a ruling, authorised an Irish engineering and project management company, Process and Industrial Developments Ltd. (P&ID) to seize $9.6 billion in Nigerian assets over the failed contract.

The judgment is a fallout of the contract purportedly entered into in July 2010 between the Ministry of Petroleum Resources and P&ID and the subsequent award made in July 2015 by an arbitration panel sitting in London in favour of the company.


Chief Aondooakaa, who was the country’s chief law officer in 2010 when the contract was purportedly signed, said in a telephone chat with The Nation “I can tell you that no such contract was brought for deliberation to the best of my knowledge “I did not see such contract and since the news broke I have been wondering how this was possible.”

He backed efforts by the Federal Government to reverse the judgment and remedy the embarrassing situation.

Chief Aondooakaa’s position corroborated that of Minister of Justice Abubakar Malami that the contract was designed to fail ab initio.

Malami, with the Minister of Information, Alhaji Lai Mohammed; Finance Minister Hajia Zainab Ahmed; and Central Bank of Nigeria (CBN) Governor Godwin Emefiele, addressed a news conference on Tuesday to condemn the judgment and to assure Nigerians that the decision would be legally upturned. They also reaffirmed that the country’s assets abroad are safe.

Also on Thursday, the Federal Government denied that it did not diligently defend the case leading to the award of $9.6 billion judgment debt against it.

Alhaji Mohammed said: “It is not true that we did not defend it or we were not represented.’’

Mohammed, who spoke when he appeared as a guest on the Nigeria Television Authority (NTA) programme: “Good Morning Nigeria’, said insinuations that the government did not defend the case both at arbitration and court were “untrue and unfair’’.

He said the government successfully applied to have the award set aside by the Federal High Court in Lagos, but the Tribunal ignored this decision.

“The contract was entered into in 2010 and from the records made available, there were three arbitrators.

“The arbitrators were the parties to be nominated by the company, the other by the Ministry of Petroleum Resources while the two of them will agree on the third arbiter.

“Nigeria was represented on the arbitration by the former Attorney-General of the Federation and Minister of Justice, Chief Bayo Ojo (SAN).’’

The minister said that after the award in July 2015 by the arbitration panel sitting in London, the government went into negotiations with the company, but all to no avail.

Mohammed said that when the company also filed the case for the enforcement order in both the UK and the U.S. courts simultaneously, the government engaged services of solicitors to defend the action.

“We succeeded to some extent in the U.S. court and our lawyers are still there trying to defend the action.

“It is quite disturbing the way Nigerians are commenting about this issue.

“It is about all of us because 9.6 billion dollars translates to about N3.5 trillion and that is 20 per cent of foreign reserves.

“Imagine what is going to happen when 9.6 billion dollars of our assets are attached.

“It is going to affect every Nigerian, and that is why we are appealing for patriotism and objectivity of the media in handling this delicate matter,’’ he said.

The minister reiterated that the award was unprecedented, unjustifiable and an attempt to inflict economy injury on Nigeria and its people.

He, however, reassured Nigerians that there was no imminent threat to Nigeria’s assets in spite of the award, stressing that the government would do all things, diplomatic and legal to upturn the decision.