‘Lagos ports are not congested’ 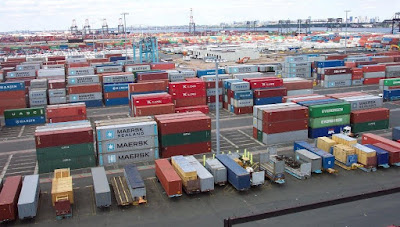 The Seaport Terminal Operators Association of Nigeria (STOAN) says the Lagos Port Complex, Apapa and the Tin-Can Island Port Complex are not congested.

The STOAN Spokesman, Mr Bolaji Akinola, made this known in a statement made available to newsmen in Lagos on Sunday.

He noted that both ports were operating at less than 70 per cent capacity.

The association said the major challenges facing the ports were the access road, which had become dilapidated.


Akinola said: “It is important to correct the understanding of the public about the ports.

“So there is no port congestion anywhere as of today.”

Akinola said the ports in Lagos had capacity to handle beyond the volume of cargo they are handling at the moment if the dilapidated port access roads are repaired.

He urged government to also put an end to the manual operation of cargo clearing processes deployed by the Nigeria Customs Service.

The STOAN spokesman said that port operation was not about the size of the port only, but about the efficiency of the connecting facilities around the port.

“I think the major problem we have at hand is that successive governments allowed the port access roads to degenerate so bad. The two main entry routes into the Lagos ports are the Ijora-Wharf Road and the Apapa-Oshodi Expressway.

“The Apapa-Oshodi Expressway, which is the major road to the ports with six lanes, has packed up several years ago.

“Every petroleum tanker, port truck and trucks belonging to many manufacturing concerns in Apapa now use the narrow Ijora-Wharf Road, which is not even in a perfect state also.

“This results in the inevitable chaos we see on the roads. If these roads are repaired as they should be, the chaos will disappear,” Akinola said.

The STOAN spokesman also said ports in other parts of the country were not immune to the challenges of bad road.

He called on the Federal Government to embark on “urgent comprehensive repairs” of the roads leading to all the ports in the country, especially the Lagos ports.

Akinola also urged the government to provide functional truck parks in Apapa to stop trucks from parking on the roads and impeding the flow of traffic.

He said that there was a need to develop alternative modes of haulage in the country, saying that over-reliance on road haulage was not healthy or sustainable for the country.

“The Federal Government would need to get the rails working so that cargoes could be moved around the country by rail.

“The National Inland Waterways Authority should also focus its energy on enhancing waterways transportation, as some cargo could also be moved to their final destinations by the waterways,” Akinola said.