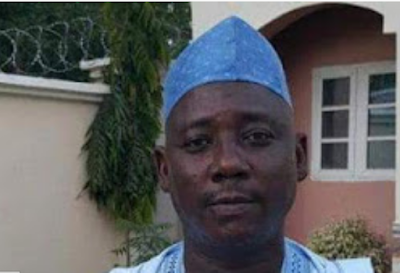 The Police in Sokoto State have detailed how a member of the state House of Assembly, Aminu Bodai, was abducted by gunmen in Bodai village of Dange/Shuni Local Government Area of the state.

The Police said this even as they confirmed Bodai’s abduction.

The Police Public Relations Officer, Mr. Abubakar Sadiq, disclosed this to News Agency of Nigeria in Sokoto on Thursday.

Bodai is a member of the All Progressives Congress representing Dange/Shuni state constituency.

Sadiq said that the state command received the information from the Divisional Police Officer of the area.

He said that the gunmen in the early hours of Thursday went to the resident of the lawmaker and abducted him.

The spokesman said that on receiving the information, the Commissioner of Police, Mr. Ibrahim Kaoje, directed a re-enforcement to the division to track the abductors.

He said that policemen were currently carrying out full surveillance of the forest surrounding the village of Bodai and neighboring communities.

Sadiq assured that the police are working closely with other security agencies to maintain a peaceful and secured environment in the state.

He called on the public to continue to support the security agencies by providing useful information about strange activities in their areas of residence.