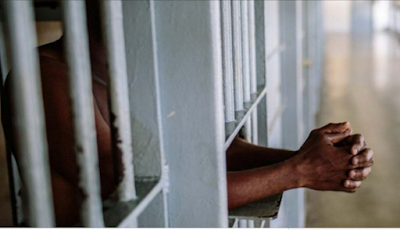 The law is significant for the sweeping reforms it seeks to entrench in the Nigerian prisons system which seems suspended in the past, despite modernisation and changes in custodial practices.

Since Decree No.9 of 1972, which initiated some reforms in the Nigerian Prisons Service, there have been scanty improvements in custodial service – essentially. Though there had been reorganisations – in 1986, 1993 and 1999 – but these were more structural than composite.

The prisons act was last amended in 2004, but this new law brings with it novelties – non-custodial service – such as community service, probation and parole.

We highlight six key provisions of the new law.

Unlike in the Prisons Act of 2004, which named the federation prisons service as ‘’the Nigerian Prisons Service’’, the new law renames the institution as ‘’the Nigerian Correctional Service’’. The ”prisons” are now to be called custodial centres with classifications such as ”maximum security custodial centre”, where there is enhanced security, with close-circuit television, electric fencing, electronic scanners, high level of technology, and reserved for high risk inmates of all classes; ”medium security custodial centre”, where there is reasonable level of security reserved for inmates of all classes.

In the new law, the goal of the institution will be to correct, reform, rehabilitate, reintegrate all persons legally interned; provide safe, secure, and humane custody for inmates; identify the existence and causes of anti-social behaviours of inmates; initiate behaviour modification in inmates through provision of medical, psychological, spiritual and counselling services for all offenders, including violent extremists, and provide support to facilitate the speedy disposal of cases of persons awaiting trial, and also, empower inmates through the deployment of educational and vocational skills training programmes and facilitate incentives and income generation through custodial centres, farms and industries.

The law prohibits torture, inhuman and abusive treatment of inmates.

This is to bring the prisons system into compliance with international human rights standards and correctional practices.

DEATH SENTENCE CAN BE COMMUTED TO LIFE IMPRISONMENT AFTER 10 YEARS

The law prescribes that where an inmate sentenced to death has exhausted all legal procedures for appeal and a period of 10 years has elapsed without the execution of the sentence, the chief judge may commute the sentence of death to life imprisonment.

Also, the Prisons Act 2018 provides that ‘’in the event that the custodial centre has exceeded its capacity, the state controller shall within a period not exceeding one week, notify the chief judge of the state, the attorney-general, the prerogative of mercy committee, the state criminal justice committee and other relevant bodies’’. It prescribes sanctions for any state controller who fails to notify the relevant bodies when the custodial centre approaches full capacity within the stipulated time-frame.

It also empowers the correctional centre superintendent to reject more intake of inmates where it is apparent that the centre in question is filled to capacity.

According to the law, the relevant information about a person’s offence, biometrics, personal history, risk and needs assessment, including the person’s psychological or mental health status and his antecedents shall be kept in a centralised database management system of the correctional service.

The non-custodial faculty of the correctional service, as prescribed by the law, is responsible for the administration of non-custodial measures, namely: community service, probation, parole, restorative justice measures and such other measures as a court of competent jurisdiction may order. Restorative Justice measure approved in the Act include victim-offender mediation, family group conferencing, community mediation and other conciliatory measures as may be deemed necessary pre-trial, trial during imprisonment or even post-imprisonment stages.