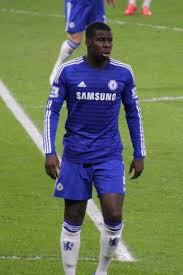 Chelsea defender Kurt Zouma says his return to the club’s starting lineup is the culmination of a three-year struggle after he was seriously injured and then sent out on loan to two Premier League clubs.

Zouma, who suffered a knee injury in 2016 that sidelined him for nine months, was loaned to Stoke City and Everton in the last two seasons before new Chelsea manager Frank Lampard made him a part of his first-team plans.

“It has been a very, very long journey,” Zouma told reporters. “I don’t want to talk about that now, because that is the past but I fought very hard.

“People don’t know, people don’t see but I was in the shadow, working hard to get back because I had a very bad injury.


“I was off for one year (away from the first team) but people forget that.

“But I always believed in myself. My family was always there behind me and now I’m back here. I’m very happy to play here, I just want to keep going.”

Zouma has started the club’s first three games of the season and although he was below par in a 4-0 loss in the opening match with Manchester United, Lampard has shown faith in the 24-year-old Frenchman as the London side looks for its first win.

“That’s what I wanted,” Zouma added. “I’m in a big club and everyone wants to play.

“The competition is very hard and there are a lot of talented players, so when you train you to have to do it right.

“There are players who came back, like me, and other players, the younger guys who came in.

“Now we are starting to understand each other. We just need to be more clinical and get the wins.”