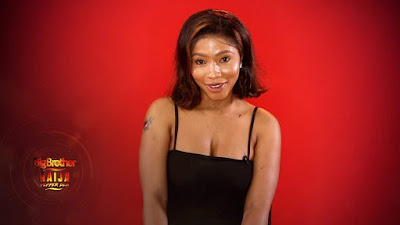 BBNaija housemate, Mercy has stated her displeasure over the relationship between Esther and Frodd.

Mercy, on Tuesday during a conversation with Diane in the kitchen, said she thinks Esther’s sudden feelings for Frodd is fake.

According to her, Esther, all of a sudden after being put up for eviction, started having feelings for Frodd which is not right.

“In less than 24hrs someone starts having feelings for another person. I feel the feelings for Frodd is fake because of eviction and Frodd is a sweet person.


“I feel Esther’s feelings right now is fake and she should stop because she cannot change people’s mind right now,” she said.

The housemates were nominated after an arena game challenge between two groups: the Enigma and the Legends, which had the former emerging as the winner.

The two groups were told to move cotton balls to a plate using a spoon. The group with the most cotton balls in their plate emerged winner.