Senate hearing of CJN is evidence of leadership crisis- Ezekwesili 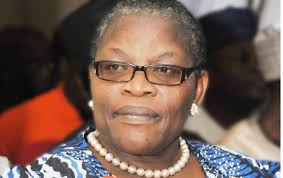 A former Minister of Education, Mrs. Oby Ezekwesili, says the confirmation hearing of the Chief Justice of Nigeria, Muhammad Tanko, has revealed the depth of the leadership crisis in the country.

Ezekwesili said on Twitter on Thursday that the leadership crisis cuts across all the tiers and arms of government across the country.

She tweeted, “Do we need to be told that there’s a quality of leadership crisis in our country? It’s across board; the executive, legislature judiciary; federal, state and local.

“That Senate hearing with Justice Tanko merely reminded us of the depth of our leadership crises. Better own our crisis.”


A video clip showing part of Tanko’s confirmation hearing which has since gone viral on the Internet has sparked a major debate about the judge’s capabilities.

The CJN had been asked a question by the Senate Majority Leader, Eyinnaya Abaribe, to explain if the Supreme Court under his watch would be more concerned with delivering judgments based on the merit of cases or technicalities of such cases.

Abaribe had asked, “In the 2018 case of Akeredolu V Abraham, the Supreme Court said, ‘technicality in the administration of justice shuts out justice’ and went further to say, ‘it is therefore better to have a case heard and determined on its merit than to leave the court with the shield of victory obtained on mere technicality’.

“This is the Supreme Court, we are very happy with that. But My Lord, just a few weeks ago, the Supreme Court also said, ‘The correct order is to declare the judgment of the trial tribunal a nullity as a result of one of the panellists not sitting on the day proceedings were held’.

In his response, however, the CJN attempted to define what a technicality means.

The CJN, however, failed to say if the apex court under him would ensure that the need to ensure that justice is served would supersede mere technicalities.

He said, “Permit me distinguished senators to ask what a technicality is? It is something which is technical. By definition, it is something that is not usual and may sometimes defy all the norms known to a normal thing. Now, we have technicalities in our laws and this is because these laws we have inherited were from the British.

“The British people centuries ago introduced what is known as technicalities in their laws. Now, if something is technical, it is giving leeway for double interpretation. It may be interpreted in one way by Mr A and another way by Mr B.

“Ask me anything about an aeroplane, I don’t know; ask me to drive an aeroplane (sic), I am sure if you are a passenger and they told you that the flight is going to be driven (sic) by Honourable Justice Ibrahim Tanko, I am sure you will get out of the plane because it is something that requires technicality and if I have any technicality, my technicality will only be limited to law. Therefore, it is something that has to do with the perception or the way you will be able to achieve the goals you want to achieve.”

An attempt by Tanko to answer another question bordering on the interpretation of the constitutional powers of the executive and legislative arms of government was also blocked by the Senate President, Ahmed Lawan, fuelling speculations that Lawan was a lackey of the President.