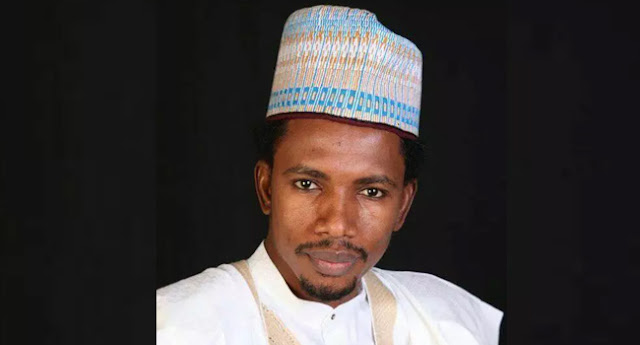 Following the outrage generated by the video showing a senator of the Federal Republic, Elijah Abbo, assaulting a woman in a sex toy shop in Abuja, the Inspector General of Police (IGP), Mohammed Adamu, has ordered the arrest of the senator and his orderly by an investigative team set up by the Police Force headquarters in Abuja.

Investigations are currently ongoing at the Federal Capital Territory Police Command into the alleged attack on a sales girl by a serving senator in Abuja.

The news of the attack went viral after a video recorded by the Close Circuit Television (CCTV), installed in the shop was shared on the social media, an act which is said to have embarrassed the police authorities.


The Police force says they are doing everything within their powers to restore dignity to the force, following the conduct of the police orderly attached to the senator.

According to Police sources, the incident actually happened in a sex-toy shop in Abuja, where the senator had gone to make purchases.

The video which has been circulating on the internet shows the angry senator beat up the sales girl and ordered his police orderly to take her away.

When contacted, the Senator told Channels Television that he would release an official statement in reaction to the assault video.

“We will be releasing statement maybe tomorrow afternoon,” he said, adding that the incident happened before he became a Senator.

Beyond that, the Senator claimed that the roughly 10-minute video was incomplete, claiming he was at the shop because his sister had been assaulted there and that part was left out.

He said, “We will soon release an official statement to the viral video which happened before I became a senator where my younger sister was beaten to a pulp in a shop and I was called upon there; where I had to call an ambulance and a policeman to come to the scene and it got out of hand I was also assaulted.

“It is an old video, but we will soon release a statement to that effect.

“It was my sister that was at the store and she was assaulted; in fact, she fainted in the shop but they compressed the video and cut that part out of it.

“They took her out to resuscitate her, the one standing with a cap is a doctor, the doctor had to come to give her life. My sister is not in the video, it was completely cropped out of it.”

Senator Abbo said he would be demanding the release of the full recording.

“This is a political season and now I am a politician, before I was not a politician but now the reality of the fact is that I am now a politician and politicians are not people who are liked, they exhume things of 20 years and they hang it on their neck now,” he said.

“As I said before we will release a robust response to everything, and we will also ask for the entire video to be released since they have the video. We will seat and discuss the video. Just to be clear that video was taken long before now and it was released just as this point.”

Brutal Assault
In the CCTV video, the Senator had, however, not mentioned anything about his sister being assaulted. The video showed him seated in the shop for a while as activities went on. He then got on the phone, walked out of the office for a bit, came back in and sat down.

Four minutes into the video, he received another call. Shortly after, a policeman came in and he informed the policeman, that the shop attendant is his friend but that she insulted him.

“She is not my enemy; she is my friend. We are not enemies; she is my friend and I have known her for over five years. But she insulted me. She said I am drunk, I am stupid and I am mad,” he said before asking the policeman to take her away.

As he was speaking to the policeman, the lady made a call of her own to inform her father about what was going on, but the move angered Abbo, who ordered her to stop the call.

As she tried to round up the call, another man with Abbo tried to slap the phone away, prompting another woman in the shop to intervene.

After the woman asked the man to “take it easy”, Abbo flew into the raged and attacked her.

The assault has attracted widespread condemnation, emerging as a top trend on social media with more than 100,000 tweets dedicated to it, many of them declaring the action as unacceptable, shameful, and criminal and demanding that the authorities, particularly the police and the Senate, should act.