How we staged miraculous comeback against Cameroon – Super Eagles 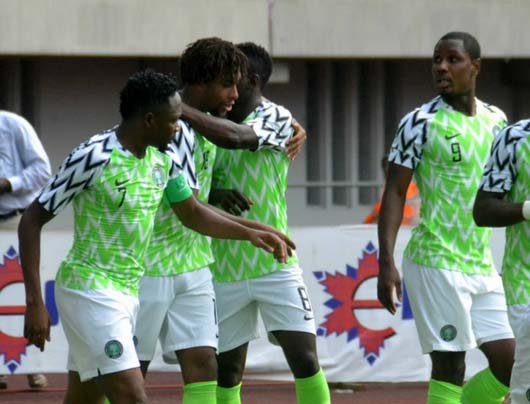 The trio William Troost-Ekong, Oghenekaro Etebo and Daniel Akpeyi have revealed how the Super Eagles staged a historic comeback against the Indomitable Lions of Cameroon to win 3-2, Sports Extra reports.

In separate interviews after their match against Cameroon, the trio hinted that the half time pep-talk, fans backing, coupled with the tactical changes made by Gernot Rohr saw them outshine the defending champions.

Goals from StephaneBahoken and Clinton N’Jie late in the second half cancelled out Odion Ighalo’s opener in the 19th minute.


However, the Super Eagles overturned the first-half deficit with strikes from Ighalo and Alex Iwobi in the space of six minutes.

“In the second half, the confidence that we had was higher than that of the first half,”Troost-Ekong began.

“We had to talk to ourselves in the dressing room to create some chances. Later in the game, we showed the speed and pace. We showed that we have what it takes.

Etebo, on his part said the support they got from the fans spurred them to intensify efforts to win the match.

He said, “Knowing that we have the fans, and their support behind us actually motivated us to continue to play well. I must give kudos to them for standing by us all through.”

Eagles goalkeeper, Akpeyi, who conceded twice in the first half, said, “Kudos to the manager because whatever formation we played helped us. We worked on the formations before coming to the pitch.”