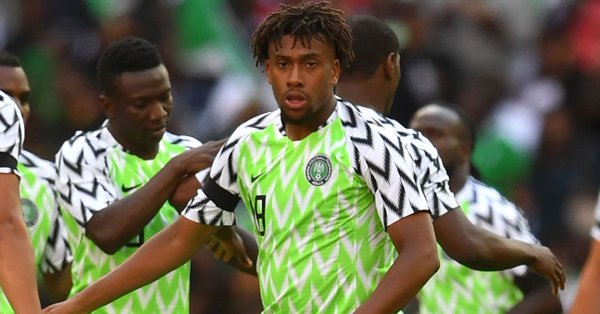 Goals from Odion Ighalo and Alex Iwobi ensured that Nigeria eliminated the Indomitable Lions of Cameroon and cruised into the Q/Finals of the 2019 African Cup of Nations after a thrilling 3-2 victory in Alexandria on Saturday.

Nigeria drew level as Ighalo volleyed in his second just past the hour and he then turned provider to play in Iwobi to steer home three minutes later and set up the prospect of a highly anticipated quarter-final clash with hosts and favourites Egypt.

Nigeria had won six AFCON matches in a row prior to their shock defeat against Madagascar in their previous outing and they made a bright start before the first of Ighalo's goals 19 minutes in.

A cross to the back post was scuffed across goal by Kenneth Omeruo and Ighalo was in the right place to divert it past Andre Onana with the help of a deflection.

Cameroon turned the game on its head as half-time approached, however, with Bahoken playing a key part in the turnaround.

The Angers striker volleyed home from six yards to make it 1-1 after being picked out by Christian Bassogog and he then flicked a long ball on for N'Jie to slot past Daniel Akpeyi.

But three-time winners Nigeria showed character of their own to get themselves back on level terms through Ighalo's cool first-time finish from eight yards and Iwobi showed just as much composure to beat Onana.

Ighalo was denied a hat-trick by a fine save 14 minutes from time, but Gernot Rohr's side saw things through to secure a place in the last eight.