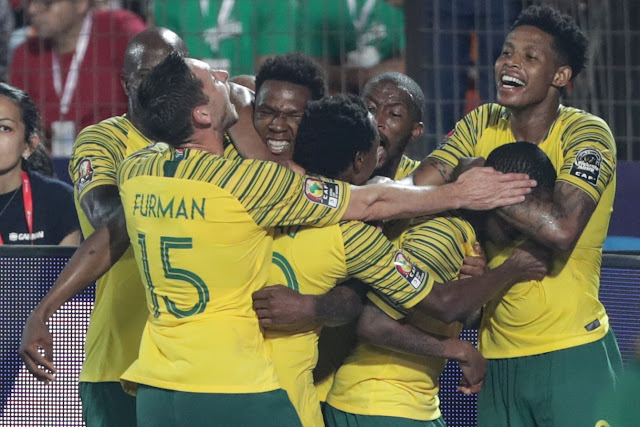 South Africa knocked hosts Egypt out of the Africa Cup of Nations and booked their place in the quarter-finals with a late winner in Cairo.

With Egypt committing players forward in the final stages, South Africa hit on the counter-attack as Thembinkosi Lorch calmly slotted into the corner.

The Super Eagles eliminated defending champions Cameroon in their Round of 16 clash on Saturday.

Stuart Baxter’s men were not given a chance against the Pharoahs, but produced a fine display of counter-attacking football to win 1-0.

Nigeria vs South Africa will be played on July 10 at the Cairo International Stadium.