Afenifere's daughter: We have made arrests, say Police 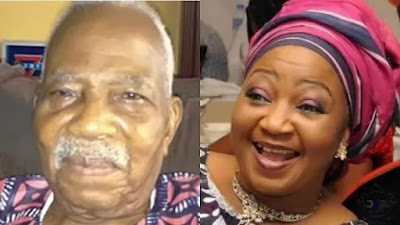 The Ondo State Police Command on Monday disclosed that it had made a number of arrests on the killing of Mrs Funke Olakunrin, the daughter of the leader of the pan-Yoruba socio-political organisation, Afenifere, Pa Reuben Fasoranti.

Olakunrin was reportedly killed by some hoodlums, suspected to be Fulani herdsmen, along Ore-Shagamu expressway in Odigbo Local Government Area of the state, on Friday.

The police reiterated that its men were still in the forest, in the local government in search of the hoodlums.

The Police Public Relations Officer in the state, Mr. Femi Joseph, said the command would not relent until the perpetrators were apprehended and brought to book.

He said, “We have made a lot of arrests on this matter, but we are doing the screening of those arrested to know who among them are the culprits.


“By the time we finish the screening, we will let the world know the perpetrators.”

On the number of the those arrested, Joseph said he would not be able to disclose the number for security reasons but said, “as I said a number of people have been arrested and when it is time we shall parade the suspects.”

In the same vein, the Secretary General of the Yoruba Council of Elders,  Dr Kunle Olajide, said South West governors should be blamed more for the attacks by herdsmen in the region rather than blaming the Federal Government alone.

Olajide, in a chat with journalists during his condolence visit to Pa Fasoranti in Akure, said state governors ought to have taken drastic action against open grazing.

Olajide said, “This is an unfortunate incident, it is a poison arrow to the Yoruba nation and I have listened to some of our leaders who have been here and I want you to know that most of the comments are a mere platitude, some of them are grossly insensitive and honestly offend human sensitivity.

“For me, there is much to this, it is killing too many, this is a direct assault on the Yoruba nation and to the sensibility of our people. It shows they have clearly taken us for granted and this has to stop but I am quite uncomfortable because most of the time we lay the blame at the doorsteps of the Federal Government but I want to say that more is at the doorsteps of our state governors.”

In the same vein, a leader of the Afenifere, Pa. Ayo Fasanmi, decried the spate insecurity in the country, calling on the governments at all levels to address the ugly development.