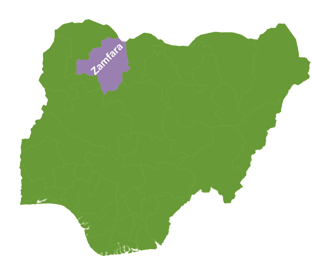 At least 34 people were killed after suspected bandits attacked three villages in Shinkafi local government of Zamfara state on Friday.

A source told newsmen that the attackers, who came on motorcycles, set many houses on fire and shot at those within their sight.

Mohammed Shehu, police public relations officer (PPRO) in Zamfara, confirmed the attack but said normalcy had been restored in the villages.

“In order to forestall future occurrence in any part of the state, the Zamfara State Police Command in collaboration with other security agencies have made adequate security arrangement to ensure adequate protection of all villages and communities in the state,” he said in a statement.

“Today being 15th June, 2019, the Commissioner of Police Zamfara State Command, CP Usman Nagogo, joined the delegation led by the deputy governor to the affected villages for burial of the deceased.

“The CP has directed the combine security personnel deployed to the area to improve and sustain the ongoing bush combing of the affected area and its environs for possible arrest of the perpetrators of this dastardly act.”

Efforts of government to contain attacks in Zamfara have not yielded the desired result.

Two months ago, the federal government banned mining, citing it as a major cause of banditry but several attacks have been recorded after that action.