President Buhari under intense pressure to name his cabinet. 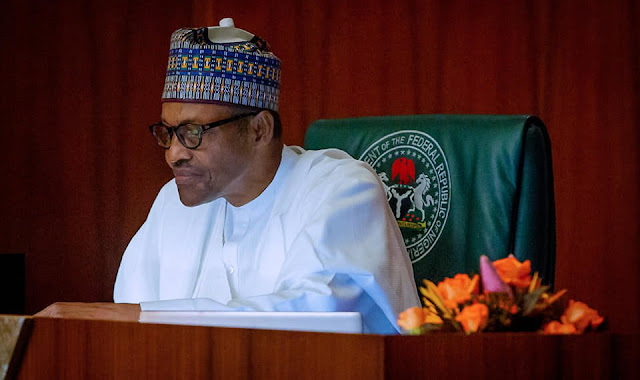 President Muhammadu Buhari is currently under intense pressure to constitute his cabinet.

A close aide to the President who prefers anonymity revealed that despite the mounting pressure, the President is taking time to select competent individuals as members of the Federal Executive Council.

President Buhari took the oath of office on May 29 for his second tenure of another four years. There is already anxiety among Nigerians and stakeholders whether the President will wait for another six months as was the case in 2015 when he took over from former President Goodluck Jonathan.

Some sections of the media had recently reported that President Buhari has penciled down the immediate past Minister of Science and Technology, Dr Ogbonnaya Onu, but the Presidency has described the rumour as fake news.


Recall that President Buhari had recently said that he had not discussed the composition of his cabinet with anyone as he was still keeping the list of the possible members of his ministers for the second term to himself.

To buttress President Buhari’s position, one of his aides revealed that he was not briefed on when the President would name members of his cabinet, said despite the alleged pressure, “he is taking his time in order to put in place a credible team.” “The President is not in a hurry.

He wants to bring onboard a credible team that understands his aspirations and policy direction.” Reminded that some former members of the cabinet were still working without the formal submission of their names to the National Assembly for confirmation, the aide said that those who were working was based on informal arrangement.

However, it was gathered that the constitution of the cabinet may take some more weeks as the Senate is already on a three-week break after its inauguration to resume on July 2.

A credible source in the Presidency said that the ministerial list will be ready as soon as the Senate returns from the break so that the nominees will be screened and confirmed before the annual vacation of the lawmakers expected to be by July. Meanwhile, there is anxiety among some members of the former cabinet whether they will make the list of the Next Level ministerial list.