Son of the minister of health kidnapped by armed gunmen 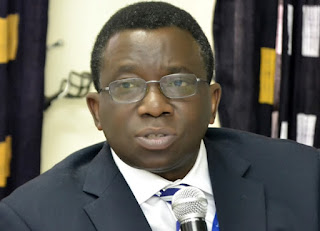 Some unknown gunmen on Tuesday evening abducted Dayo Adewole, who is the son of the immediate past Minister of Health, Prof. Isaac Adewole.

The military, the police, security agents and local hunters were already on the trail of the kidnappers as at press time.

The ex-minister has, however, been forced to cut short his trip abroad.

The abductors were yet to contact the family on their motive and the condition of their victim.

According to a source, Dayo was ambushed at gunpoint on his farm in Iroko, near Fiditi in Afijio Local Government Area of Oyo State at about 6pm.

Although there were some employees with Dayo, the abductors went for him as a prime target.

It was gathered that the kidnappers later took Dayo away to an unknown destination.

A source said: “The villagers were alerted by the staff who survived the ordeal. Local hunters were mobilized by the Oniroko of Iroko.

“The hunters were said to have located the car of the abductors along the road to Iware village near Iroko.

“But they are yet to locate Dayo’s whereabouts. It was suspected that the kidnappers might have changed their vehicle following persistent announcement on radio after Oniroko had raised the alarm on air.”

Findings confirmed that the military, the police and security agencies have joined forces with the villagers to search for Dayo.

A top official of the Federal Ministry of Health said: “We are in sad mood over the abduction. Dayo was a graduate of agriculture and he opted for farming.

“He has been managing his farm peacefully in Iroko until he was abducted by some gunmen on Tuesday.”

Responding to a question, the official said: “The ex-minister left for abroad last Thursday for recess but he is on his way back. He has cut short his trip.

“The military, the police and other security agencies are on top of the situation.”