People pay for false stories about me- Ubi Franklin 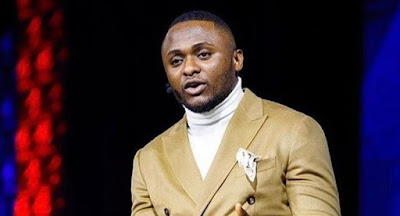 The popular showbiz personality made this known in a series of posts on his InstaStories on Sunday.

In the same vein, he appreciated Davido  for negating a report that he had duped the singer and his girlfriend, Chioma Rowland.

Franklin noted  that those responsible for the false stories would soon be too broke to fund their scheme.


Months back, Ubi Franklin stated in an Instagram post that his former business partner, Iyanya lied that he was  cheated  out of his co-ownership of the record label. 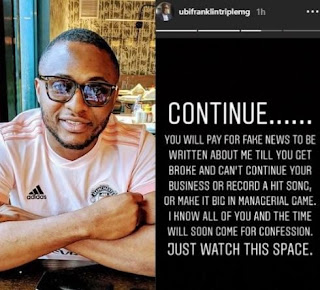 In his words:”It’s very unfortunate that a person I took as my brother had to lie to the world to make himself look good. Always wait for both sides of the story to call people names.

“Here is to prove that Iyanya lied to make himself look good. I have never fought anyone I have worked with, dated or married publicly. And I swore never to do that.

“We try to settle things in house and if that can’t happen we call on elders to mediate, it has always worked”.