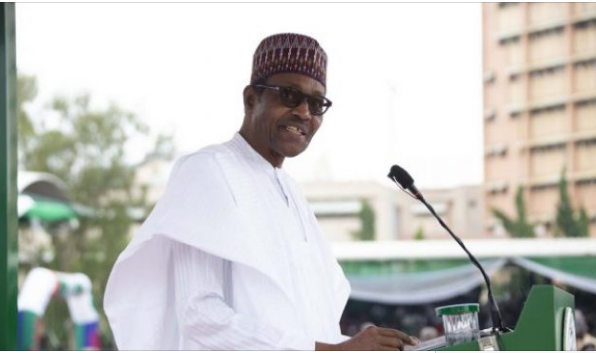 President Muhammadu Buhari gave a wrong date on when he was reelected into office while speaking to millions of Nigerians in Abuja on Wednesday.

In the speech, a copy of which was obtained from Femi Adesina, his spokesman, the president said he was reelected in March, and that the country’s GDP is projected to grow at 2.7 percent in 2019. 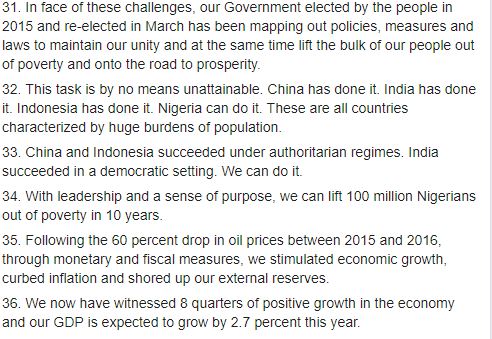 The speech read:”In the face of these (Nigeria’s) challenges, our government elected by the people in 2015 and re-elected in March has been mapping out policies, measures and laws to maintain our unity and at the same time lift the bulk of our people out of poverty and onto the road to prosperity.”

“Following the 60 percent drop in oil prices between 2015 and 2016, through monetary and fiscal measures, we stimulated economic growth, curbed inflation and shored up our external reserves. We now have witnessed 8 quarters of positive growth in the economy and our GDP is expected to grow by 2.7 percent this year.”

For the record: While Buhari was declared winner of the presidential election on February 27, he was also issued his certificate of return on same day.

In his 2019 budget speech, the president had stated the projected growth rate of Nigeria’s GDP to be 3.0 percent while the International Monetary Fund and World Bank had said Nigeria’s economy will grow by 2.1 percent.

It is not clear the reason for the gaffe but this is not the first time Buhari will be guilty of such.

While speaking during one of his campaign rallies in 2018, the president had said he assumed office on May 19, 2015, instead of May 29.

“I assure you that I am very aware of your appreciation of the efforts for what we were able to deliver since (we) came in 19th of May, 2015,” he had said.

In a similar campaign rally in Ekiti state, Buhari also said he came into office in 2005 whereas he was first elected president in 2015.