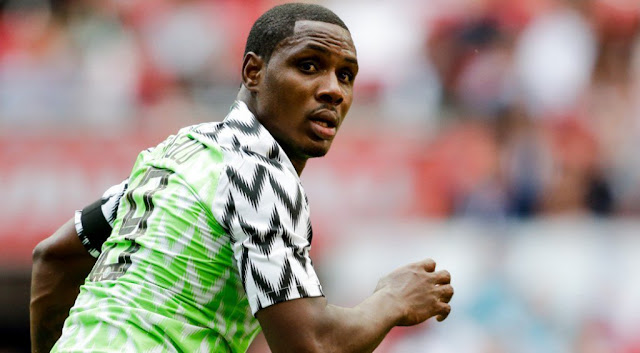 Nigeria’s Super Eagles struggled to beat Burundi 1-0 in their first match at the African Cup of Nations tournament taking place in Egypt.

Gernot Rohr's side, who are 89 places above Burundi in FIFA's world rankings, struggled for long periods in their Group B opener at the Alexandria Stadium but sealed all three points in the 77th minute.


Nigeria will hope to put in a vastly improved performance against Guinea on Wednesday, while Burundi face Madagascar a day later.

Nigeria struggled in the early stages and could have fallen behind after 14 minutes but Daniel Akpeyi pawed away Cedric Amissi's powerful volley.

At the other end, Samuel Chukwueze blazed over from Alex Iwobi's pull-back shortly before the half-hour mark, while an unmarked John Obi Mikel headed wide from six yards soon after.

Burundi ended the half strongly, with only a fingertip save from Akpeyi keeping out Frederic Nsabiyumva's looping header.

Kenneth Omeruo headed over shortly after the restart for the Super Eagles before Akpeyi pushed Fiston Abdul Razak's long-range drive around the post.

The stage was then set for Ighalo, the Shanghai Shenhua forward clinically lifting past Nahimana and in off the right-hand post to get his side up and running in the tournament.