Atiku not a Nigerian, unqualified to contest presidency - APC 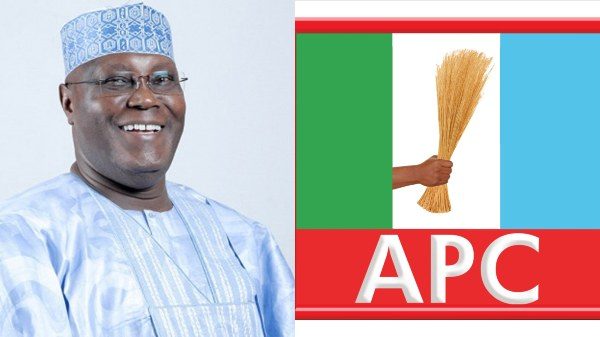 The All Progressives Congress has said that Peoples Democratic Party’s candidate in the 2019 presidential election, Atiku Abubakar, is not a citizen of Nigeria by birth and ought not to have even been allowed in the first place to contest the election.

APC said this in response to the election petition filed before the Presidential Election Petition Tribunal by the Peoples Democratic Party and its presidential candidate, Atiku Abubakar.

APC, the third respondent to the petition, faulted the grounds of the petition, adding that Atiku “is not a citizen of Nigeria by birth and ought not to have even been allowed in the first place to contest the election.”


APC also faulted the claim by the petitioners that they obtained the authentic results of the February 23, 2019 election from the Independent National Electoral Commission’s server showing that they won the election.

But the petitioners stated in their 139-page petition anchored on five grounds that “from the data in the 1st respondent’s (INEC’s) server…the true, actual and correct results” from “state to state computation” showed that Atiku polled a total of 18,356,732 votes defeat Buhari whom they said scored 16,741,430 votes.

They said the results were the total votes scored by the candidates in 35 states and the Federal Capital Territory Abuja, as there was “no report on sever” about the results from Rivers State as of February 25, 2019.

By calculation, Atiku and PDP claimed to have defeated Buhari by 1,615,302 votes.

In its reply filed through its lead counsel, Mr. Lateef Fagbemi (SAN), the APC said the data and computation of results on state-by-state basis were not legitimate.

The party stated that only the results declared by INEC were authentic.

The party averred that Atiku was born on Nov. 25, 1946 in Jada, Adamawa, in Northern Cameroon and was therefore a citizen of Cameroon and not a Nigerian by birth.

According to APC, contrary to the assertion of Atiku in his petition, he has no right to be voted for as a candidate in the election to the office of president of Nigeria.

Apart from the issue of the origin of Atiku, the APC asserted that most of the claims contained in his petition had become statute barred and that the tribunal was not the appropriate place to entertain such.

The APC specifically said that the issue of the educational qualification of Buhari as raised by Atiku could not be treated by the Tribunal.

The party said this was because the period for claims and objections on such issues had expired.

It maintained that the petitioners failed and neglected to use the appropriate period to challenge the validity of the educational qualification of Buhari.

Atiku had in his petition to the tribunal, faulted the conduct of the Feb. 23 Presidential Election on grounds of non-compliance with relevant electoral laws and other malpractices such as intimidation of voters.

The former Vice President and PDP claimed to have scored the majority of the lawful votes in the election and prayed the tribunal to declare them as winners of the election.

In the alternative, he prayed for an order for the cancellation of the election and another order by the tribunal directing INEC to conduct a fresh election that would conform with relevant laws.

No date has, however, been fixed for hearing of the petition.