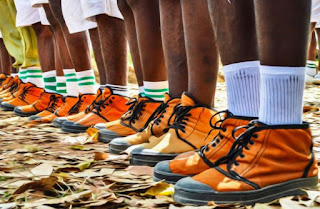 Some of the Corp members, who spoke with the News Agency of Nigeria (NAN) in Abuja expressed disappointment over the treatment they got during the elections.

Mr Bako Miracle, the Assistant Presiding Officers said that some of his colleagues had not been paid for the presidential election and the feeding allowance for Saturday’s election.

He said that the commission got their account numbers after the last election to credit them with N3,000 as feeding allowance, which some of them were not even aware they were meant to have.

“This particular election, we were told that they will pay us ₦4,000 as feeding allowance, which we are yet to receive and some of our colleagues in other councils got theirs on Friday ahead of today’s exercise,” he said.

However, Anyanele Onyekachi a Presiding Officer at Dawaki said that since the presidential election, he was yet to be given any allowance for the election.


He said that the actual amount was ₦10,000 to be paid but ₦4,000 was earmarked as feeding allowance, which had not been paid.

“Some of our colleagues got their money but majority of us in this council did not get and we were not given tangible reasons for not being paid.

“We were told that our details were forwarded to the central bank and we asked them for the duplicate payment sent to CBN but they refused, saying it was not our business.

“Our feeding allowance for today’s election was not also given to us while some people in other areas got yesterday.”

Onyekachi said that the treatment the Corp members got at the 2019 elections was not satisfactory, adding that most of the things expected at the polling unit to make them comfortable were not provided.

He said that items such as tables, chairs and canopies to be used for the elections and other electoral materials were not provided at each polling units.

NAN reports that the Chairmanship and Councillorship election at Dutse Ward was characterised by very low turnout, especially at Katampe Extension Polling Unit 004F were it had zero vote.

Meanwhile at the News Engineering Dawaki Polling Unit 004D, there were only 29 voters as against the 538 voters, who were accredited at the presidential polls.

The Dawaki Village Head, Chief Joshua Adagami said he was surprised about the low turnout of voters, particularly in Dawaki.

“There are eight polling units in Dawaki and I only know four of those units because INEC didn’t consult community head to know the viable areas the units should be located,’’ he said.

He however said that polling unit should be strategised and placed close to a leader’s house to help mobilise people to come out and vote, especially at the grassroots level.