We expect criminal allegations to be filed against Babachir Lawal -Osinbajo 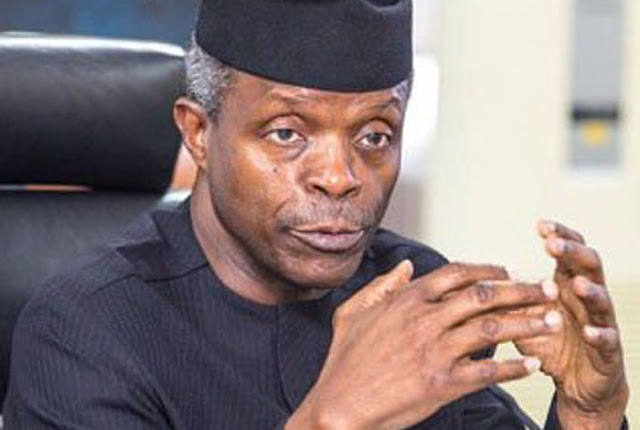 Vice President Yemi Osinbajo says it is expected that criminal allegations will be filed against Babachir Lawal, former secretary to the government of the federation, following a directive from President Muhammadu Buhari that he should be prosecuted.

Lawal was sacked after a senate committee indicted him on misappropriating funds meant for internally displaced persons (IDPs) in the north-east but he denied any wrongdoing.

Buhari had relinquished him and Ayo Oke, director-general of the National Intelligence Agency (NIA), of their positions.

Oke’s dismissal followed the discovery of $43 million at an apartment in Ikoyi, Lagos.


Osinbajo spoke when he honoured the invitation of The Christian Youths under the aegis of the GRILL, Ikeja branch.

He said the Buhari administration will not share public funds to friends and families, adding that the president deserved to be re-elected because of the way he had addressed grand corruption.

While answering questions from the audience on the former SGF, Osinbajo said Lawal and Oke were recommended for prosecution by the committee he chaired.

“I think the first thing for us is that the report was acted upon; the former SGF was dismissed,” he said.

“Secondly, the president has directed that the SGF and former DG of NIA should be prosecuted.

“So, we are expecting that prosecution will take place. The next of course is that criminal allegations will be filed against them and the prosecution process will be completed.”

He blamed corruption for the woes of the country, saying stealing is not taking place under this government.

“Corruption has had detrimental effects on Nigeria’s economy. This country was subjected to corruption for many years. Grand corruption perpetuated by previous governments is responsible for the state of the economy,” he said.

“Many of the projects in the country initiated by the previous government are not completed because of corruption. Grand corruption makes people start projects and never complete them.

“Grand corruption is when the head of government takes money from the treasury and shares it to the people.

“You will never find people stealing from the public treasury under this administration.

“The same individuals who robbed this country are saying they want to come back and fix the problems.

“We should ask them what they are going to do about grand corruption? How are you sure they are not going to enrich their friends with public funds.”

The vice president, however, called for more tolerance among Christians and Muslims in the country.