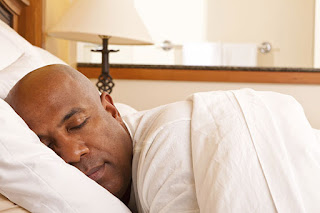 A new study has suggested that there is a connection between how much sleep most people get each night, how well they sleep and how they develop the risk of cardiovascular problems.

The researchers from the Centro Nacional de Investigaciones Cardiovasculares Carlos III in Madrid, Spain, and Tufts University, Massachusetts, United States, established a link between the quality of sleep and the risk of atherosclerosis.

Atherosclerosis refers to a buildup of fats, cholesterol and other substances in and on the artery walls, which can restrict blood flow.

The senior author of the study, Dr José Ordovás, said, “Cardiovascular disease is a major global problem and we are preventing and treating it by using several approaches, including drugs, physical activity and diet.

“But this study emphasises that we have to include sleep as one of the weapons that we use to fight heart disease, a factor we are compromising every day.”

According to Medical News Today, the research team’s findings, published in the Journal of the American College of Cardiology, analysed the medical data of 3,974 individuals who averaged 46 years of age, were based in Spain, and who took part in the progression of early subclinical atherosclerosis study.

The study found that after the exclusion of other risk factors for heart disease, participants who slept under six hours every night had a 27 per cent increase in the risk for atherosclerosis when the researchers compared them with people who slept between seven and eight hours each night.

The researchers noted that poor sleep quality, for instance, waking up often during the night was associated with increased atherosclerosis risk by 34 per cent.

The Editor-in-Chief of the journal, Dr Valentin Fuster, said it was important to realise that a good night’s sleep could overcome the detrimental effects of the shorter length.

The study, however, found some evidence that people who slept more than eight hours per night, especially women, had a heightened risk of atherosclerosis.

The researchers also noted that the study participants, who reported getting less sleep each night were more likely to drink more caffeinated and alcoholic drinks.

Ordovás explained that, “Many people think alcohol is a good inducer of sleep, but there’s a rebound effect. You may wake up after a short period of sleep and have a hard time getting back to sleep. And if you do get back to sleep, it’s often a poor-quality sleep.”