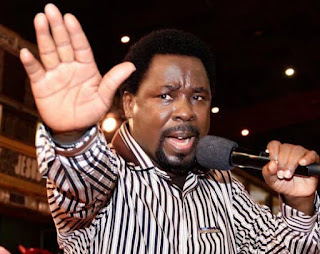 As the news of the death of former American President George HW Bush reverberates around the world, a YouTube video has emerged showing his passing was foretold weeks earlier by famed Nigerian Prophet T.B. Joshua.

Speaking on Sunday 21st October 2018, Joshua – who has gained a reputation for accurate prophetic pronouncements – told congregants he was “seeing death” of an ex-president, adding “this one is very close”.

“A president who is very sick outside this country – I am seeing death. They will try to revive him but no way. He has been an ex before now,” the Nigerian cleric stated in a broadcast televised live via the Christian television network Emmanuel TV.

“Let the will of God be done,” Joshua concluded his message.


In the early hours of Saturday 1st December 2018, news was announced that the 41st President of America, George HW Bush, died at the ripe old age of 94. 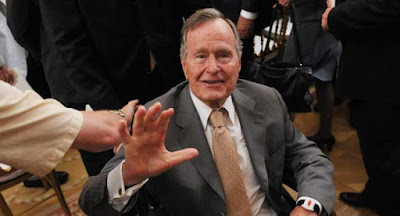 Tributes have poured in from around the world for the Republican stalwart who navigated America through a tricky period of history, defined by the end of the Cold War.

US flags are flying half-mast in tribute to Bush, whose wife of 73 years Barbara died earlier this year.

In confirmation of Joshua’s prophecy, Bush’s health has been failing in recent years with the onset of a form of Parkinson’s disease, leaving him dependent on a wheelchair.

This is not the first high-profile passing Joshua has prophesied. The video of his revelation relating to the death of US pop legend Michael Jackson went viral in 2009.