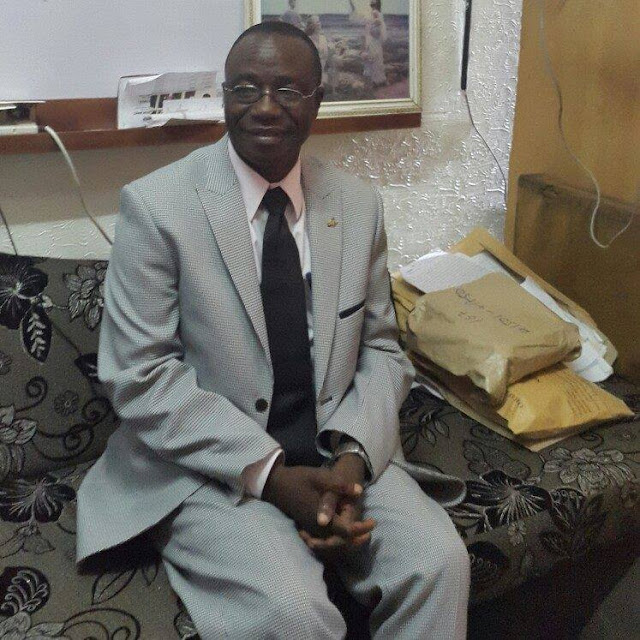 A Federal High Court sitting in Osogbo on Monday remanded in prison custody Prof. Richard Akindele, a former lecturer with the Obafemi Awolowo University. He was accused by one of her former students, Monica Osagie, of demanding s.e.x to upgrade her score from fail to pass.

Akindele was arraigned by the Independent Corrupt Practices and other related offences Commission before Justice Maureen Onyetenu on four counts, bordering on alteration of age and demand for sex to pass his student.

Dressed in white, Akindele pleaded not guilty to the four counts pressed against him.

The charges read, “That on the 16th day of September, 2017 or thereabouts, you corruptly asked for sexual benefits for yourself from one Monica Osagie for a favour that would be thereafter shown to her by upgrading her academic record from fail to pass, thereby committing an offence contrary to and punishable under Section 8(1)(a) and 2 of the Corrupt Practices and Other Related Offences Commission Act 2000.

“That you solicited for sexual benefits from the victim on the 16th of September, 2017 or thereabouts for a favour to be given to you, the act contrary to and punishable under Section 18 (b) of the ICPC Act.

“That you deliberately concealed evidence, with the intent to remove parts of the conversation between you and the victim, contrary to Section 15 (1) and (2) of the ICPC Act.

A Senior Legal Officer with the ICPC, Kehinde Adetoye, told the court the prosecution was ready for the trial of the matter.

Responding to the observation, Adetoye explained that Ebenezer Adenekan, the lead counsel for the ICPC, signed for other counsels involved in the matter.

Asked by the court if he was ready for definite hearing of the matter, the defence counsel, after initially declaring readiness for hearing, pleaded for more time to study the charge sheet.

He said the prosecution only served him 30 minutes before the court sitting commenced.

The defence counsel made oral application for bail for the defendant but Justice Onyetenu insisted on a formal application.

She subsequently adjourned the matter till Tuesday, November 27, 2018 for definite hearing and remanded Akindele in the prison custody.