The Kano State Governor, Abdullahi Ganduje has disclosed that he personally appealed to members of the State House of Assembly not to impeach his former deputy, Prof. Hafiz Abubakar. 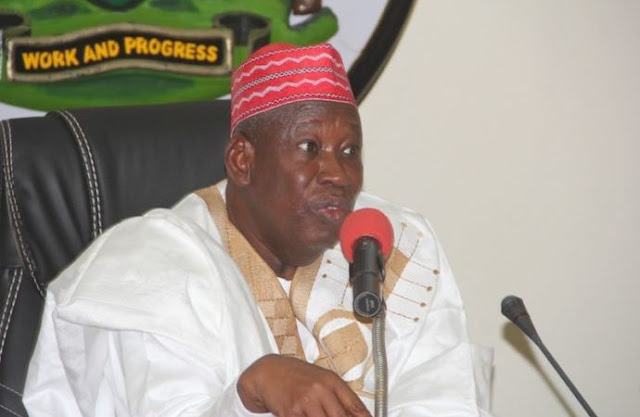 This was contained in his four-paragraph reply to Abubakar’s resignation letter.

The academic had on Sunday resigned as deputy governor after weeks of speculations.

Abubakar explained to the governor that he left because of “the current and persistent irreconcilable differences on matters relating to governance, government operations, and personal opinions”.

But in his reply, Ganduje said he was surprised at the “assertion that I disrespected the office of the Deputy Governor”.

Ganduje noted that despite Abubakar’s utterances against him, he “neither interfered nor anulled any decision” he took while in office.

He recalled that he allowed Abubakar to chair the State Executive Council meeting last Tuesday when he had to attend an official engagement outside Kano.

The Governor also said that but for his intervention, Abubakar would have been impeached.

He wrote: “You might be aware that members of the State House of Assembly have already gathered enough signatures and many impeachable offences against you…but with your later dates 4th August 2018 (a Saturday), I have appealed to them to drop the process and they have so obliged.”

Ganduje however added that he respects Abubakar’s decision and wishes him well.

Abubakar, a loyalist of former Governor Rabiu Kwankwaso, had been at loggerheads with Ganduje.

In 2014, it was Kwankwaso who tapped the Professor of Nutritional Science at the Bayero University to run with the incumbent.

Meanwhile, the race for the vacant position has begun with five persons already vying to be deputy governor. 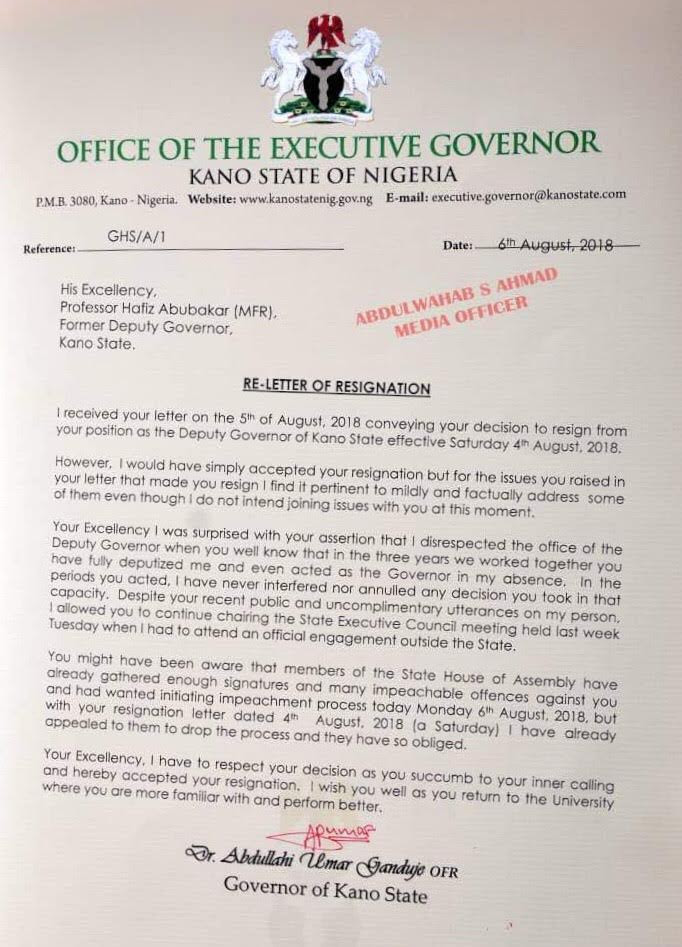