The All Progressives Congress (APC) has described the latest happenings at the National Assembly as “legislative matter”. 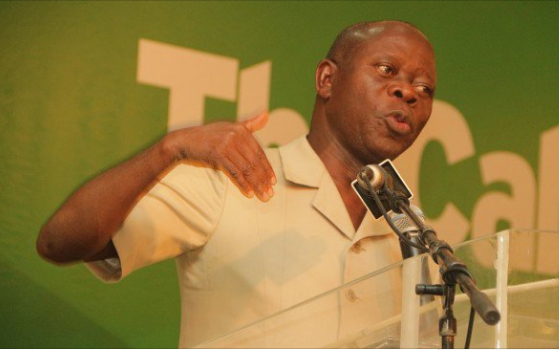 The party also stated that its National Chairman, Adams Oshiomhole, was not in any way involved as was suggested in some quarters.

Yekini Nabena, National Publicity Secretary of the APC, reacted in a statement on Tuesday afternoon.

He said: “Our attention has been drawn to mischievous attempts in some partisan quarters to link Tuesday’s developments in the National Assembly to the National Chairman of the APC, Comrade Adams Oshiomhole.

“While the Party is monitoring the developments in the National Assembly like every other concerned Nigerian and stakeholder, there is absolutely no basis for all the false allegations and attempt to blame the APC National Chairman for the development there. It is strictly a legislative matter.”

Meanwhile, forty eight senators have been listed as agreeing to forestall any impeachment process against Senate President Bukola Saraki and his deputy, Ike Ekweremadu.

This followed Tuesday morning’s siege to the country’s legislative building.

In a list circulating online, the Senators said they will resist any illegal change of leadership at the Senate.

However, Senator Ben Bruce has revealed plan to move against those he called “anti-democratic” agents.