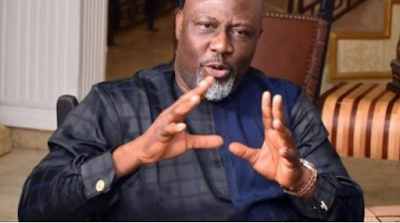 The Senator on Thursday ran into trouble on his way to Isanlu in Yagba East local government council to commission some projects.

The Senator representing Kogi West met roadblock with heavy truck shortly before Isanlu as the gunmen set up bonfire with tyres blocking any one moving into the town.

Earlier on Tuesday some thugs had threatened to kill him if he stepped his foot in Kogi State.

Reacting, Fani-Kayode while condemning the latest attack, said killing the lawmaker will not silence the opposition.

He wrote on Twitter, “First you burn down the schools that Sen. Dino Melaye built as part of his constituency projects. Then you try to murder him by pumping his car with over 20 bullets.

“Killing him will not solve your problems or silence the opposition. It will only make things worse. Leave Dino alone!”