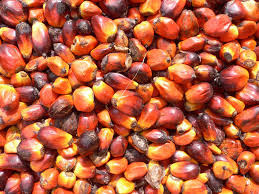 The Senate at the plenary on Tuesday urged the executive arm of government to ban the importation of palm oil, palm kernel and other products of the cash crop.


The request followed the adoption of a motion moved by Senator Francis Alimikhena (Edo-North), titled ‘Urgent Need to Halt the Importation of Palm Oil and Its Allied Products to Protect the Palm Oil/Kernel Industry in Nigeria.’

The upper chamber of the National Assembly particularly urged the Federal Government “to urgently place a ban on the importation of palm oil/kernel and inject needed funds through the Federal Ministry of Agriculture to aid the production of this cash crop.”

The lawmakers also resolved to urge the private sector to partner state governments “to embark on revolutionary transformation of palm oil production and creation of allied industries through backward integration.”

They also mandated the Senate Committee on Agriculture and Rural Development to invite the Nigerian Institute for Oil Palm Research on why the body had failed to deliver on its mandate.

In the motion, Alimikhena said the Senate noted “with serious concern the unbridled importation of palm kernel and allied palm products into Nigeria,” which he said was threatening Federal Government’s campaign for the diversification of the economy through increased agricultural production and exports.

Describing the development as a grim reality that was worrisome, he said, “With an ever increasing population, a steady decline in palm oil production and a proliferation of the uses of various products from palm oil, it is an economic fact that there is high demand for palm oil in Nigeria.”