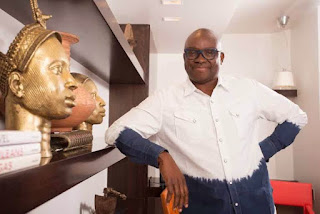 
The governor said he had begun a process to amend the anti-grazing law, saying anyone caught for unjust killing of a cow will be jailed one year.

Fayose gave the warning during a visit to Ipao Ekiti, Ikole Local Government Area on Tuesday following the killing of a farmer, Tunde Olayemi, 32, on Sunday by criminals suspected to be Fulani herdsmen.

He was received by the Commissioner of Police, Abdullahi Chafe; the General Officer Commanding 32 Artillery Brigade, Akure, Brig. Gen James Ataguba, and the state Director of Department of State Service.

Olayemi was returning from the farm with another man, Bunmi Ajayi, when he was way-laid by three gun-wielding Fulani herdsmen.

Ajayi escaped with bruises he sustained while escaping through the thick forest.

Hundreds of the people of the community, who trooped out to welcome the governor, displayed placards to show their displeasure at the sad development.

While meeting with monarchs in the Local Governments, the governor promised to set up a five man committee that would investigate the root cause of the killings in the town.

He also promised to compensate the bereaved family and affected Fulani herdsmen who lost their cattle.

The governor appealed to the people of Ipao and their leaders to ensure that there is no reprisal.

“I appeal to you to ensure you live peacefully with the Fulani herdsmen in our community. We want  a peaceful situation and won’t allow any reprisal.

“We will investigate and get the root cause of this sad development and particularly why this community has become a flashpoint so we can find a lasting solution to it.

“The security operatives have been deployed in your town and would secure the place. As soon as we heard of it, we mobilised security agencies and they were on ground by 9 p.m.

“In the interest of peace, the host community has a lot to do. The people (herdsmen) must not feel threatened,” he said.

Fayose said he would hold a peace meeting with the zonal leadership of Miyyeetti Allah Cattle Breeders Association of Nigeria, farmers, and other stakeholders.

The CP said that he was holding a meeting with all other security agencies on how to mobilise their men to secure the community.

“I am holding a security meeting with all other security operatives to discuss how we would secure the community with our men.”

Stating no arrest had been made, he added that, “The reason this community has become a flashpoint is because it is a border town. We will be on top of the situation and this would no longer happen.”