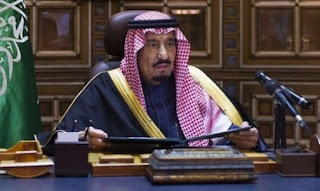 The birthplace of Islam containing Mecca – Islam’s holiest site – shifted to the western Gregorian calendar on Sunday, bringing the oil-rich kingdom in line with many of its energy customers. But the real reason is the need to conserve funds.


Saudi Arabia like other oil exporting countries is facing an unprecedented cash squeeze, with the government slamming salary cuts all over. The Islamic lunar calendar is actually 15 days shorter than the 365-day solar year.

The calculation is that the measure will save the kingdom money by cutting salary days for many public servants. The kingdom began the use of Islamic calendar since it was founded in 1932, Al Arabiya local news reported.

The Saudi workers will now need to work more days to earn the salaries already sliced by government. The decision came after the cabinet announced last week the reduction of salaries of ministers and Shura members (advisors).

It was part of an austerity package, including cancellation and amendment of civil servants’ allowances and rewards, such as cancelling the annual bonus. Saudi Arabia has taken a series of steps to deal with the dropping oil prices in global markets. In Nigeria, the state governments in Kano and Oyo have declared special holiday to mark the Islamic year, which began on 3 October.

While Kano has declared Tuesday, Oyo state has made Monday a double holiday, one for Nigeria’s independence and the other to mark the Islamic New Year, 1438 AH. Governor Abiola Ajimobi made the declaration on Sunday at the 1438 Hijrah Grand Rally organised by the National Council of Muslim Youth Organisations (NACOMYO) at Ibadan. Oct. 3 is the lunar month of Muharram, which is the first month of the Islamic calendar.