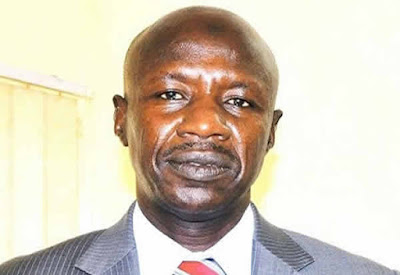 The Chairman of the Economic and Financial Crimes Commission, Mr. Ibrahim Magu yesterday said the agency has recovered billions of stolen funds.

He said the anti-corruption war is “the war of the people.”

He also said that “apart from the fear of God, we have no other fear.”

Magu, who made the submissions in an address to a coalition of Civil Society Groups who marched to EFCC for a solidarity rally, said senior lawyers were frustrating the war against corruption.

He however said the days of impunity are over.

“We have many corruption cases in court. We are getting them every day from everywhere and we are recovering stolen money and taking corrupt people to court.

“ The money we have recovered and the money we are going to get back from them -billions and billions of Naira- is being paid back to government and will be used to do what it was originally meant for -to build hospitals, send our children to school, build roads and railways, create employment and defend our country.

“ We have no other country than Nigeria. This war is the war of the people.

Victory is certain for the common man! Aluta continua!”

Magu expressed regrets that some senior lawyers had been frustrating the war against corruption.

He added: “One of the big challenges we have in the effective prosecution of the war on corruption, is that of very senior lawyers who Nigeria has been very kind to: They who went to good schools here, when Nigeria was good, many of them, on government scholarship; they who Nigeria has given so much opportunity.

“ These are the people who do not want justice for the common man.

“ The other day, 34 Senior Advocates of Nigeria fought against only one small EFCC lawyer in court and he defeated all of them! What we are doing today is not by our power, it is the power of the Nigerian people and the power of God behind us!”

The EFCC chairman debunked insinuations that the EFCC does not follow the rule of law.

He said: “ Corrupt people hire journalists to abuse us every day, they say we are not doing the work according to the law. But, that is not true.

“There is no agency that follows the law more than EFCC. None. Before we arrest you, or seize your property or do anything to you, we check the law, we go to court and get court order. That is why we are winning; that is why we are defeating them everyday.”