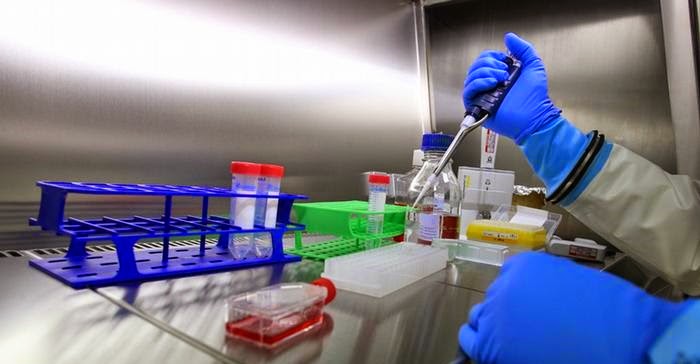 The Federal Government is to receive Nano Silver trial drug for the treatment of Ebola Virus Disease patients, it was learnt.

The drug is from a Nigerian scientist living in the diaspora.


Minister of Health, Prof. Onyebuchi Chukwu said yesterday at a Press Briefing in Abuja said it has been used experimentally for many things.

A Nigerian contagious disease expert, Dr. Simon Agwale, had said that Nano Silva had proven effective against viruses, bacteria, and parasites. “It may be also a source of a cure” for Ebola patients, Agwale said.

US major universities like UC Davis, Kansas, UT have proven the effectiveness of the product in killing thousands of strains of Staphaureus, T.B, Strepaureus, E. Colli, Salmonella, yeast and even anthrax spores and so on.

Nano Ag+ ruptures and penetrates the cell wall membranes and interacts with sulphur and phosphorous compounds of DNA, inhibiting the replication of bacteria.

The other well known experimental drug is ZMapp, which was given earlier to two Americans infected with virus.

WHO opened the door for experimental Ebola drugs earlier this week, after a panel of ethicists it convened condoned such treatments because of the challenges of controlling the outbreak that has killed more than 1,000 people.

The Health minister told journalists in Abuja that Nigeria had so far recorded four Ebola deaths. The four are Sawyer, who is the index case, two nurses and an ECOWAS protocol officer, Jatto Abdulqudir .

Chukwu said, “Out of these, four have died and six are currently under treatment. It is important to note that the number of confirmed cases remains 10 as of today (Thursday).

“The fourth death recorded today (Thursday) was a nurse, who participated in the initial management of the index case(Sawyer).

“The total number of persons under surveillance in Lagos is now 169. These are all secondary contacts as all the primary contacts have completed the 21-day incubation period and have been delisted to resume their normal lives.”

He added that Enugu State has six persons under surveillance because 15 out of those quarantined after complete evaluation were found not to have had any contact with a nurse who allegedly disobeyed medical advice and travelled to Enugu.

He said the nurse, who was “a primary contact of the index case who became symptomatic and tested positive and is one of the 10 confirmed cases.”

Chukwu said,” The nurse who had been placed under surveillance in Lagos disobeyed the Incidence Management Committee and travelled to Enugu.

“At the time she made the trip, she was yet to show any symptom and did not infect anyone on her way as transmission of the disease is only possible when a carrier of the virus becomes ill.

“However, she has since been brought back to Lagos. Before her return journey, she had become symptomatic and had to be conveyed to Lagos with her spouse in special ambulances.

“The husband is not symptomatic neither is he positive for the EVD but he has been quarantined given the intimate contact with her while in Enugu. It is therefore important to emphasise that there is no EVD in Enugu State.