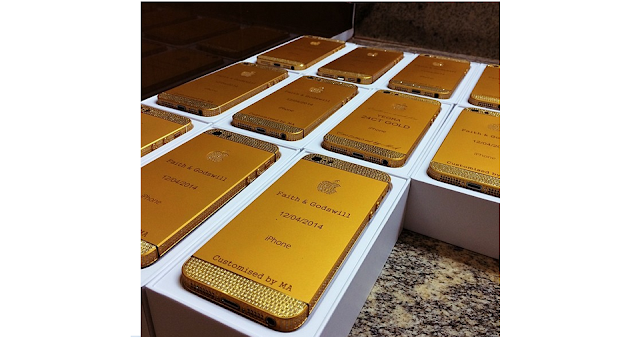 The two-leg wedding of President Goodluck Jonathan’s daughter, Faith and Godswill Edward, son of Cross River State monarch ended yesterday in Abuja, leaving on its trail a dust of controversy.

At the first leg in Otuoke, Bayelsa state,there were unconfirmed rumours that the couple was given 80 cars as wedding gift.

Then yesterday at the reception in Abuja, guests went away with the gift below. 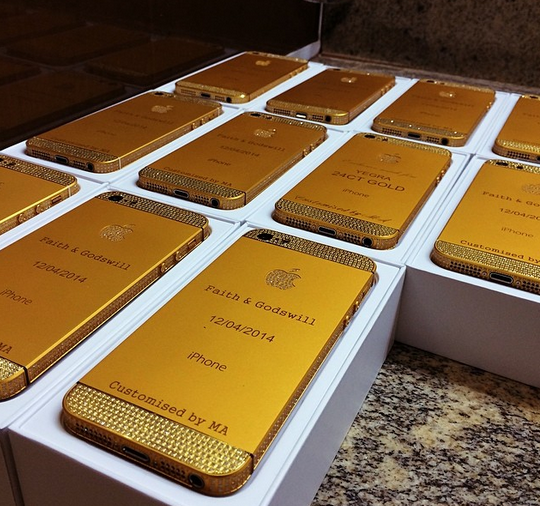 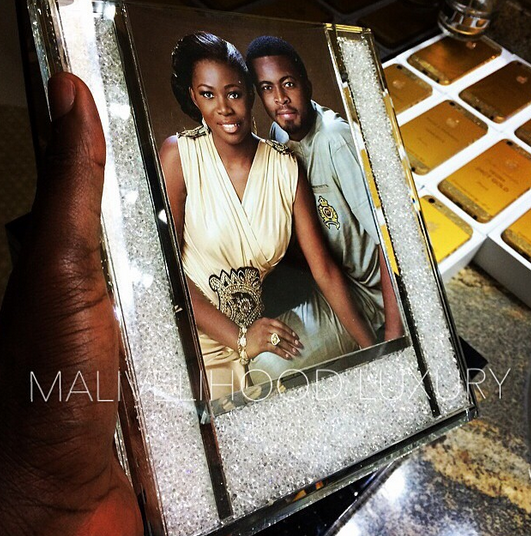 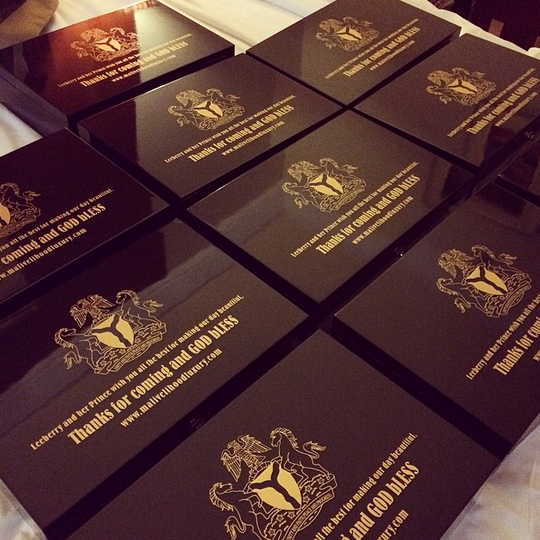 The iphone pieces are replicas of the 53 Aso Rock was accused to have ordered last year to mark Nigeria’s independence anniversary at a cost of N662 million. Each one then was said to have cost bewteen 3,000 pounds and 50,000 pounds.

Many NigerianEYE readers however faulted the show of affluence in the land stricken with hunger, sickness and insecurity and accused the president of using public funds for such luxurious wedding take home gifts.

Below are some of the comments randomly picked.

Anonymous
'THIS is how the missing $20 billion goes'

Anonymous
Only in nigeria do you see such exuberant,unthoughtful and utterly unnessessary waste of our tax money.when there are so many poor people in this country?I'm not even interested,cos its revolting #God will jugde them all

Anonymous
This is absolutely rubbish when millions of Nigerians are out there dying and suffering.
Of what sense does this contribute to what people are going through in the country. Hmmmmmmm. God judge them all. Yours truly Mr. Fix it.

Straight Spoken
This nonsense MUST STOP!!! The greatest tragedy is that this naked display is made by a man who Nigerians voted for because he grew up 'having no shoes'. The millions that now have no shoes are slowly losing their feet, while those who have are being given the more they do not need. There is a madness creeping into this man and his family, and we watch how the gods will make them pay.

Anonymous
Show of affluence in the land stricken with hunger, sickness and insecurity. They can never be peace in a land so rife with inequality.

Uwa Omo says 'wow, this is a total waste of money. for all we know he spent the national funds for such extravagance, and the problem here is that the people he is distributing these phones to dont even need it. imagine how many people N750,000 to 12.5 million (which was spent on one so called phone) can feed'

Anonymous
This is why our youth turn to crime. How much can they tolerate?