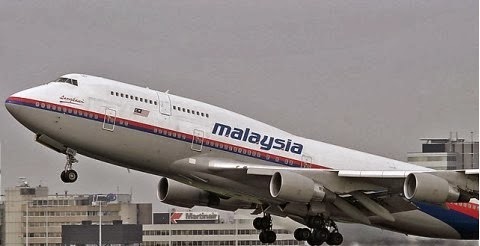 Malaysian Airlines says it now has to assume “beyond any reasonable doubt” that missing flight MH370 has been lost and there are no survivors.

The announcement came in a text message, seen by the BBC, that was sent to families of those on board.
Malaysia Airlines flight MH370, with 239 people on board, went missing after taking off from Kuala Lumpur 8 March.

The announcement came as a search effort in the southern Indian Ocean completed a fifth day of operations.

As Malaysian Prime Minister Najib Razak spoke, airline representatives met with family members in Beijing. "They have told us all lives are lost," one relative of a missing passenger told CNN.

The developments happened the same day as Australian officials announced they had spotted two objects in the southern Indian Ocean that could be related to the flight, which has been missing since March 8 with 239 people aboard.

One object is "a grey or green circular object," and the other is "an orange rectangular object," the Australian Maritime Safety Authority said.

The objects are the latest in a series of sightings, including "suspicious objects" reported earlier Monday by a Chinese military plane that was involved in search efforts in the same region, authorities said.

So far, nothing has been definitively linked to Flight 370.

Earlier, Hishammuddin Hussein, Malaysia's acting transportation minister, said only that "at the moment, there are new leads but nothing conclusive."

A reporter on board the Chinese plane for China's official Xinhua news agency said the search team saw "two relatively big floating objects with many white smaller ones scattered within a radius of several kilometers," the agency reported Monday.

The Chinese plane was flying at 33,000 feet on its way back to Australia's west coast when it made the sighting, the Australian Maritime Safety Authority said.

But a U.S. Navy P-8 Poseidon aircraft, one of the military's most sophisticated reconnaissance planes, that was tasked to investigate the objects was unable to find them, the authority said.

With the search in its third week, authorities have so far been unable to establish where exactly the missing plane is or why it flew off course from its planned journey from Kuala Lumpur to Beijing.

China has a particularly large stake in the search: Its citizens made up about two-thirds of the 227 passengers on the missing Boeing 777. Beijing has repeatedly called on Malaysian authorities, who are in charge of the overall search, to step up efforts to find the plane.

The Australian's navy's HMAS Success "is on scene and is attempting to locate the objects," the Australian maritime authority said.

Hishammuddin said Australian authorities had said the objects could be retrieved "within the next few hours, or by tomorrow morning at the latest."