Trump blasts George Bush for failing to support him 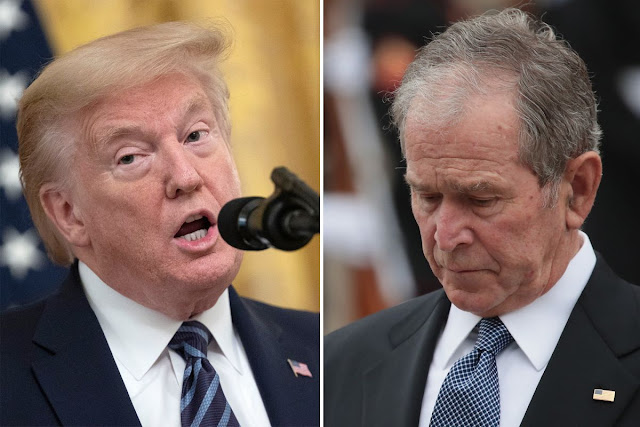 US President Donald Trump on Sunday struck out at former President George W. Bush, who in a video called for compassion and solidarity over the coronavirus pandemic.

Bush, like Trump, a member of the Republican Party, drew a parallel between the COVID-19 crisis and the September 11, 2001 attack in a clip posted Saturday by the George W. Bush Presidential Center.

“Following 9/11 I saw a great nation rise as one to honor the brave, to grieve with the grieving, and to embrace unavoidable new duties,” Bush said, with archive images playing in the background.

Bush, 73, said he was convinced that the “spirit of sacrifice” has not disappeared, and called for compassion as the United States struggles to quell the novel coronavirus.

“Let us remember how small our differences are in the face of this shared threat,” said Bush. “In the final analysis we are not partisan combatants, we are human beings.”

Bush added that Americans should “remember that empathy and simple kindness are essential, powerful tools of national recovery.”

As someone who is regularly criticized for his lack of empathy, Trump may have felt targeted.

Early Sunday, Trump responded, by apparently quoting a co-anchor from the “Fox and Friends” show on Fox News.

“Oh, by the way, I appreciate the message from former President Bush, but where was he during Impeachment calling for putting partisanship aside,” Trump wrote, quoting the co-anchor.

Trump then added in his own voice: “He was nowhere to be found in speaking up against the greatest Hoax in American history!”