I was mocked, failed in the university- Woli Arole 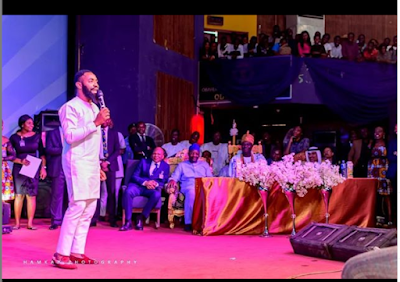 Comedian and actor, Toyin Bayegun a.k.a Woli Arole has revealed that he was mocked while in the University.

Arole, a graduate of the Obafemi Awolowo University(OAU), made this known while receiving  the Royal Award bestowed to him by his imperial majesty, Ooni Adeyeye Enitan , Babatunde Ogunwusi.

In an interview, Arole recounted that before he became a star, he was acting in the church drama group.

“Before I became popular, I was a student at the university but I was also acting in church drama. I have been acting for a long time but I was more involved with church drama. I was in 100 Level at Obafemi Awolowo University, Ile Ife, Osun State, when I started this venture”.

On what has changed about him after stardom, Arole said:” At first, it was not easy for me to adjust to fame because my life was in the glare of publicity. One thing that helped me was that I did not let the fame get into my head. I kept my old friends. My lifestyle did not change; the only thing that was different about me was being popular. I know that I am still the same person I was before I got in the limelight”.